Human rights in Azerbaijan - and pigs will fly! 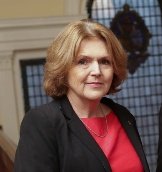