Lecture on Lezgi people in Brussels 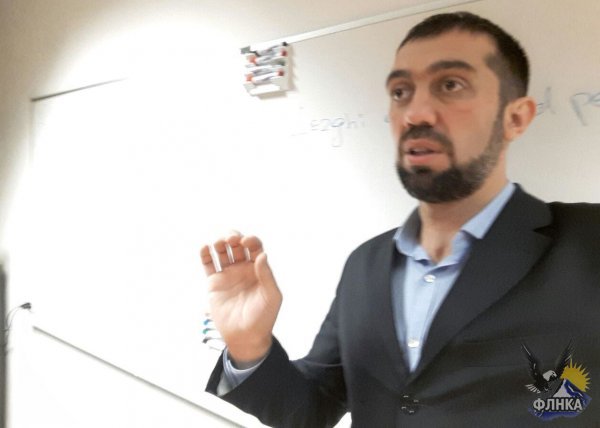 Last month FLNCA Vice President Ruslan Kurbanov delivered a lecture on the problems of the divided Lezgi people to students, doctoral students and staff of the University of Brussels.

In the introduction a meaningful insight into the political history of the Lezgi people was made. FLNCA Vice President told the audience in a detail about the stages of formation, development and transformation of statehood of the Lezgi people.

He also talked about the struggle of previous generations of Lezgi people for independence at all historical stages, about entering the Russian state, about the rapid modernization of the Soviet period. 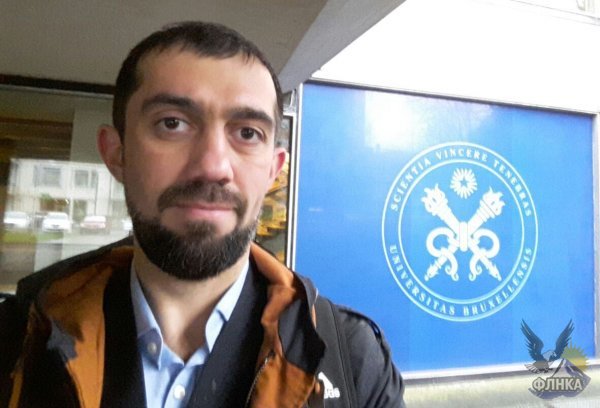 The larger part of the lecture was devoted to the causes and consequences of the division of the Lezgins between the two countries - Russia and Azerbaijan after the collapse of the Soviet Union.

Among the most serious consequences of the division Ruslan Kurbanov mentioned the gap of single cultural-linguistic space, the gradual assimilation and dissolution of the most of the Lezgi people in Turkic environment of Azerbaijan.

Ruslan Kurbanov also told about FLNCA work on the cultural, youth, educational and international work aimed at reducing the negative factors of the Lezgi people division.
According to the Lezgi researcher, FLNCA for the past fifteen years has been the only organization which defends the interests of the divided people at several levels - local, national, regional, federal and international.

The audience showed great interest to the problem and expressed the desire to get better acquainted with it. 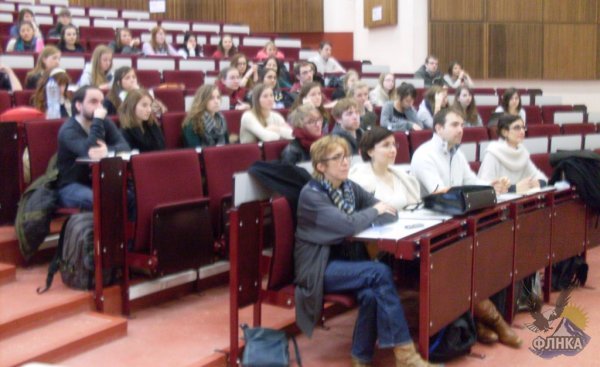 At the end of the lecture, many students and staff of the University of Brussels admitted that they received such comprehensive information on the history and contemporary problems of Lezgi people for the first time and expressed interest in the new meetings.

It should be pointed out that this lecture will not be the only event in the life of the University of Brussels related to Lezgi issues. As part of realization of Ruslan Kurbanov's research plan there is still a long list of lectures, round tables and expert interviews on this topic.