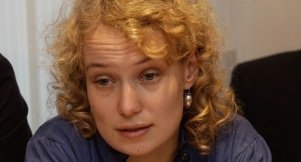 The terror acts in Belgium and France have exacerbated Europeans' negative attitude toward the North-Caucasian Diaspora, said Sasha Kulaeva, head of the Division of Eastern Europe and Central Asia of the International Federation of Human Rights (FIDH), in her interview to the "Caucasian Knot".

On March 22, three explosions were triggered at the international airport and in the metro of Brussels. According to official sources, 32 people were killed, and about 250 others wounded. The "Islamic State" (IS), which is banned in Russia, claimed responsibility for the acts in Brussels. On the day of the terror acts, media reported, citing a law enforcement source, about detention, on suspicion of involvement in the terror acts, of three citizens of Belarus, one of whom is a native of Dagestan. Later, Marat Yunusov, allegedly involved in the terror acts, expressed his intention to sue the media, which had spread this information.

In the opinion of Ms Kulaeva, such information contributes to the deterioration of Europeans' attitudes to Diasporas, including refugees from Northern Caucasus, and especially from Chechnya, who are now associated in public mind with the Islamic radicalization and terrorism.

"When in January and November (last year) terror acts were committed in Paris, at night (that followed) homes of dozens Chechen families were searched; these family had nothing to do with the acts – they are former refugees, who came a long time ago and raised children here. The circumstances of these searches, as far as I know, were very sad: agents broke into apartments at night, without warrants, frightened young children, confiscated computers and the like, which then, after seven or eight months, were partially returned, and partially not. There were plenty of such searches, and not only in Chechen families," Sasha Kulaeva told the "Caucasian Knot".

"Why had they rushed on them? Later, it became evident that these families from the Chechen Diaspora had nothing at all to do with those events; however, this logical sequence of actions is typical for the police, common public and mass media," said Sasha Kulaeva, a division head at the FIDH.

The full text of her interview "Terror acts in Brussels, why are Caucasians blamed again?" is posted on the Russian-language pages of the "Caucasian Knot".