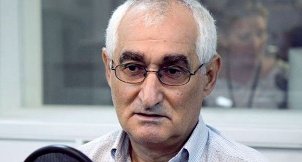 The Kebekov's statement about the unacceptability of terror acts against the civilian population may indicate his desire to improve the image of the "Imarat Kavkaz" in the eyes of the general population. However, it is too early to speak about any change of militants' tactics, the experts interviewed by the "Caucasian Knot" believe.

The statement of the militants' leader may cause serious changes in the ongoing processes in Northern Caucasus, said Enver Kisriev, the head of the Sector of the Caucasus Centre for Civilization and Regional Studies of the Institute of Africa of the Russian Academy of Sciences (RAS). In general, he said, it is "good news."

"On the one hand, it can be viewed as a split within the 'Imarat Kavkaz'; on the other – as an attempt of the relatively moderate (although it is difficult to talk about moderation here) to somehow strengthen their positions," said Alexei Malashenko, an Islamic scholar and a Senior Researcher for the Institute of Oriental Studies of the RAS, in his comment on Kebekov'a statement.

He believes that the reaction of Russian authorities to this appeal will also be indicative.

The call for moderation may respond to some situational goals of the underground movement; but militants' attacks on civilians will not stop regardless of the appeals of their leadership, said Dmitry Oreshkin, a political analyst and a member of the Presidential Council on Human Rights.