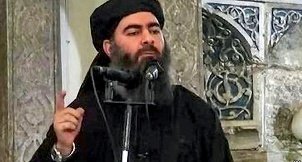 The anonymous call on Muslims to swear to the "Islamic State" (IS) is aimed at the radical Muslim youth, said the experts interviewed by the "Caucasian Knot". The "Caucasian Knot" has reported that on June 21, a message was posted on the YouTube that the militants of the vilayets of Dagestan, Nokhchijcho (Ichkeria), Galgaiche (Ingushetia) and Kabarda, Balkaria and Karachay pledged their allegiance to the leader of the "Islamic State" (IS, earlier – the ISIL – Islamic State of Iraq and the Levant), which is recognized to be a terrorist organization in a number of countries, including Russia. The message also calls on muslims all over the world to pledge allegiance to the Caliph. According to Akhmet Yarlykapov, a Senior Researcher at the Centre for Ethno-Political Studies of the Institute of Ethnology and Anthropology of the Russian Academy of Sciences (RAS), this propaganda record of the IS is intended to report on the IS' successes in the Middle East. "The propaganda has its psychological impact on the youth, pointing to the IS' victorious actions and the collapse of 'Imarat Kavkaz'," Akhmet Yarlykapov told the "Caucasian Knot" correspondent. He did not rule out an open confrontation of supporters of different terrorist organizations that might affect Russia. Orkhan Djemal, a journalist of the Forbes Magazine, agrees with the opinion that the appeal to Muslims about the oath given to the Caliph is aimed at young people; he states a split in the Salafi Caucasus. In the opinion of Professor Mikhail Roschin, a Senior Researcher at the Centre for Studying Central Asia, the Caucasus and the Ural-Volga Region of the Institute of Oriental Studies of the RAS, the IS has managed to actually split the underground in Northern Caucasus into supporters of the new network structure and adherents of the old model of armed resistance, embodied in "Imarat Kavkaz"; while the oath of a number of armed Jamaats to the new structure may lead to a serious increase of the number of victims. In his interview to the "Caucasian Knot", Mikhail Roschin said that a transfer of the IS' tough methods to Northern Caucasus is more dangerous than the return of militants themselves.