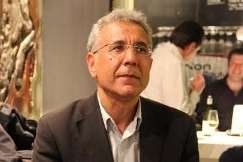 "Intigam Aliyev’s release is an important and positive step for human rights in Azerbaijan, for Mr. Aliyev’s own sake and for the sake of the many persons whom he continues to defend, including in the European Court of Human Rights.  I hope that he will now be able to return to his work of standing up for the civil liberties of Azerbaijan’s citizens. We now await additional steps to enable the full release and rehabilitation of other prisoners of conscience in the country,” Chairperson Santos said.

Aliyev, the head of Azerbaijan’s Legal Education Society, was sentenced in April 2015 on financial and other charges which were widely viewed as politically motivated.

"I regard Intigam Aliyev’s release, coming so soon after the pardon decree, as an indication that the government of Azerbaijan is ready to engage again not only with the international community, but with its own people,” Special Representative Vigenin said.

"I look forward to working with my colleagues from Azerbaijan to create conditions that welcome, not punish, alternative or critical voices. Hopefully, this renewed spirit of engagement can also lead to increased work by the OSCE in Azerbaijan, so that the Organization can again help the country fulfill its OSCE commitments,” he said.

The work of the OSCE Project Co-ordinator in Baku was discontinued in July 2015.