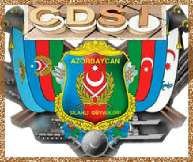 From the beginning of 2016 the defense sector and security of the South Caucasus countries has lost 24 people. Eight of them died as a result of ceasefire violation and 16 were non-combat losses, the Khazar Institute of Military Studies reports on the basis of media reports.

Losses of the defense and security sector of Azerbaijan totaled 8 people - 4 combat and 4 - not combat. Four soldiers were killed in a fire from the Armenian side. One soldier was killed in a traffic accident, one - in another accident, one was shot by a colleague, and still another died from a disease.

Seven of the military men served in the Ministry of Defense and one – in the border troops.

During the reported period, six soldiers were wounded or injured. At the same time, four were wounded by Armenian fire. Another was injured as a result of a traffic accident. Also, one soldier was injured by a grenade during a training exercise.

Losses of Armenia's defense and security sector amounted to 14 servicemen. Four were killed in firing from the Azerbaijani side.

Four more were killed in car accidents. Five people committed suicide, and one was shot by a colleague.

All the victims were Armenian Defense Ministry servicemen. Eight cases were recorded in the occupied Nagorno-Karabakh, and 6 – in Armenia.

In the reported period, two contract soldiers were injured in car accidents.

From the beginning of 2016, the Georgian military have lost two people. One of them died of the H1N1 virus infection, the other – in an accident. Both military men served in the Ministry of Defense.

The Khazar Institute for Military Studies is based in Germany. It was founded by the military journalist and expert Jasur Sumerinli, who left Azerbaijan in 2014 as a result of pressure on civil society.

Doctrine: 64 soldiers die in Azerbaijani Armed Forces during 8 months; 55 of them die in non-combat conditions