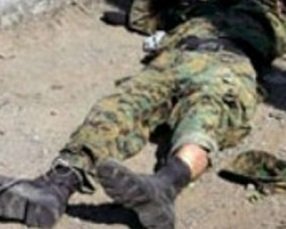 On April 18, Firdovsi Fikret oglu Nasibov, a conscript of the Azerbaijani army, was found hanged. This was reported by the Ministry of Defence (MoD) of Azerbaijan. According to the preliminary information, the soldier has committed suicide.

The incident was recorded in the military unit "N" of the Azerbaijan's MoD, the agency "APA" reports.

A criminal case was instituted on the fact of the soldier's death, and the investigation is underway.

Earlier, the "Caucasian Knot" correspondent was told by activists from the centre of journalistic military investigations "Doctrine", that in 2013 losses in the defence and security sector of Azerbaijan reached 81 persons. Of them, 70 persons "died or were killed under non-combat conditions."

On January 12 and March 10, 2013, Baku hosted unsanctioned protest actions against non-combat losses in the army. The similar protest action was held on December 3, 2011; however, the protest action, like two next ones, was dispersed by the police.

In Azerbaijan, regular soldier suspected of killing his colleague