The meeting of FLNCA management 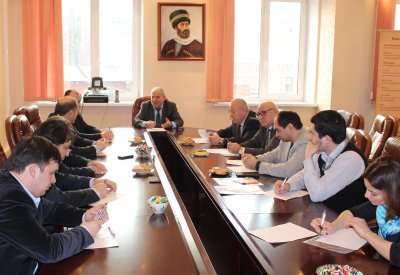 On February 25 the first FLNCA Council meeting in 2016 was held in the Moscow office. The meeting was chaired by FLNCA President Arif Kerimov. The following members of the Board attended: Sabir Mamedov, Tahir Eminov, Albert Shamsudinov, Dzharullah Ahadullaev, Amil Sarkarov, Jamal Pashayev, Mamed Abasov, Asali Asaliyev and Shihmagomed Mursalov, the chairman of the Auditing Commission. AlikberAlikberov, the head of the Research Center of Central Asia and the Caucasus, Deputy Director of the Institute of Oriental Studies of the Russian Academy of Sciences was also invited to the meeting.

The first issue discussed was the report of Gusen Shahpazov on the execution of the FLNCA project "Dagestan against extremism" funded by the Presidential grant received on the basis of open competition of the presidential grants in 2015.

The next issue on the agenda was the preparations for the national holiday of Lezgi peoples "Yaran Suvar" in Derbent under the auspices of FLNCA.

Amil Sarkarov, a member of the Board, spoke about it. He informed the Board at what stage the work on preparation for the holiday was being implemented. The event is arranged by joint efforts of FLNCA and municipalities of the South Dagestan and Derbent city administration and it has already become a good tradition.

After that, FLNCA President Arif Kerimov moved to the next item of the agenda - on progress made in the preparation of the 2nd volume of the ongoing scientific publication «Albania Caucasica».

Alikber Alikberov reported on it. The orientalist reminded the audience that the first volume of the edition was very successful; it has received a lot of positive feedback and recommendations.

As Alikberov said, the second volume would be even more interesting, the authors would continue to talk about the history of Caucasian Albania, focusing on the historical and linguistic aspects as well as matters related to the adoption of Christianity in the ancient state.

The next topic of the discussion was another joyful event in the life of Lezgi community in Moscow - opening of a Lezgi dance school "Leckie" in FLNCA.

Farida Kerimova, the head of the project on the dance school, provided information about the work. She told that the main object of the dance school was to promote the Lezgi culture and involve young people in the folklore and traditions of Lezgi people.

As part of the school's work, in the future ensemble "Leckie" will be formed in the process of various competitions, concerts and festivals. 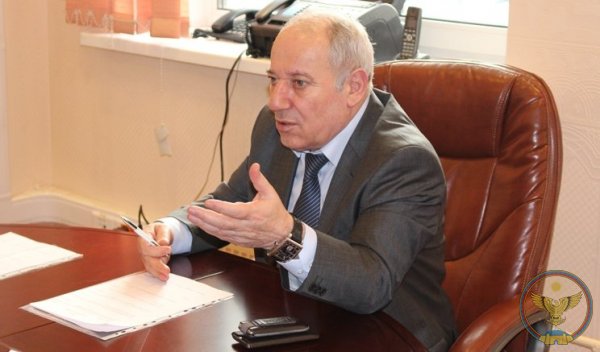 The last issue, which was discussed at the meeting of the FLNCA Board, was the FLNCA delegation visit to New York to participate in a regular session of the UN Committee on Non-Governmental Organizations. FLNCA President Arif Kerimov, who personally took part in this visit, spoke about it. Kerimov said that the presentations made by the FLNCA delegation were related to the situation of the divided Lezgi people, the problems faced by separated families due to the establishment of the state border.

At the end of the meeting FLNCA President Arif Kerimov wished the participants of the meeting further success and expressed confidence that the year of 2016 would be fruitful for the organization in all aspects of its activities.