Lezgi activists in the FLNCA office 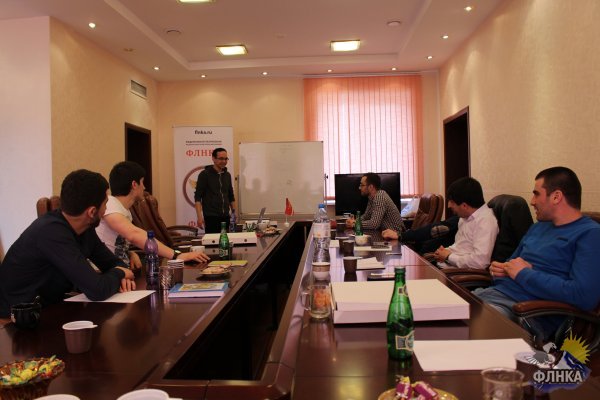 On 22nd April was a meeting of Lezgi young leaders in the FLNCA office in Moscow. During the meeting they coordinated their actions and discussed different aspects of FLNCA activity in Dagestan.

In addition, the activists were instructed on how to conduct social activities in cooperation with the authorities. During the meeting the Lezgi activists were trained on social business start-ups by Jamshid Muslimov, the Development Director of Fund "Altair".

It should be noted that the round table was the next major event in a series of events of this week that FLNCA implements within a multi-day forum of Lezgi leaders.

We want to recall that last weekend FLNCA launched a new multi-project Forum of Young Lezgi Leaders in Moscow.

A delegation from the FLNCA staff in Dagestan and youth activists of the southern regions of Dagestan came to Moscow to participate in the Forum. It should be noted that this project took place thanks to the support of several lezgi businessmen and Fund "Altair".

In the first part of the event Ruslan Kurbanov, the FLNCA vice president held a coaching of the young leaders. The agenda of the event included the discussion of the projects in different areas - sports, religion, culture, international relations, and others. 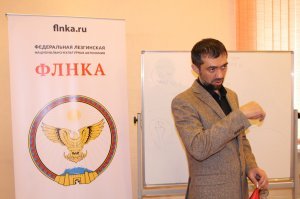 First of all, the participants of the meeting discussed holding football cup among amateur teams of the youth in Southern Dagestan. The event is scheduled to take place in mid to late summer of this year.

Another hot topic that was discussed at the briefing was the organization of the language summer camp for inner-city Lezgi children focused on the study of the native language. 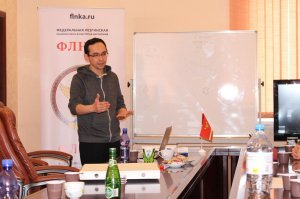 The second part of the event was the training by Jamshid Muslimov, the Development director of Fund "Altair". It was devoted to the problems of social development of start-ups in Russia.