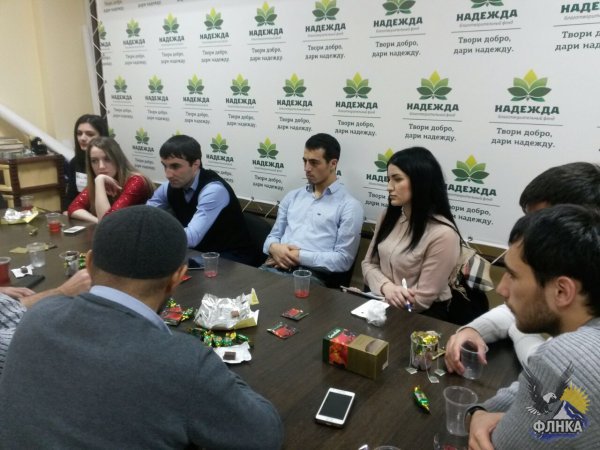 The meeting was held on December 26 in Makhachkala. It was opened by Magomed Aliyev, FLNCA representative in Dagestan who thanked the participants for their support reviewes the activities undertaken by FLNCA and expressed confidence that the coming year would also be fruitful for Lezgian youth activists.

Then Ruslan Kurbanov familiarized those present at the meeting with the plans set for 2015. He noted that their future activities will be focused on cultural and educational programs. It is planned to further develop educational trainings for young people started in 2014, primarily in Derbent and Ahti. The first such training in the forthcoming year will be held in Agul District.

Then the participants discussed the details of the Yaran Suvar scenario, the upcoming holiday of Southern Dagestan’s peoples, which will be celebrated in the spring in Derbent. In 2014, the festival was also happily greeted by the townspeople. Of course, the general public events contribute to the growth of mutual understanding and respect among the residents of the city and the multinational Southern Dagestan as a whole. Therefore, the holiday is important as a spiritual and cultural event and also from the sociological point of view. Also, in August there will be a festival of traditional folk music named Kukvaz Rajab. Last year’s festival met praise and friendly criticism from both the jury and the guests, so the organizers intend to make some adjustments in the festival program. 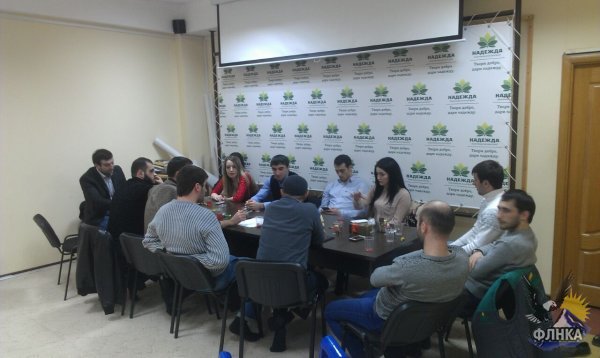 In Derbent it is planned to hold a youth cultural and educational forum for the yong people from all areas of the Southern Dagestan. This will be a unique event for our sub-region, which will undoubtedly be of great interest for young people.

Also with the help of youth activists there will be continued charity events such as dispensing charity meat in Eid holiday, sacred to all Muslims. In 2014, FLNCA activists by the help of "Hope"Charitable Foundation were able to donate meat to hundreds of needy families in the Southern Dagestan.

In addition to the cultural and educational sectors, FLNCA is also paying attention to sport. So, at the beginning of the summer it is planned to held Football Championship in the Southern Dagestan.

So, most of the mentioned projects are not held for the first time. From year to year FLNCA organizes events, conducting of which is becoming a tradition for the autonomy and public of Southern Dagestan. We can say for sure that FLNCA youth activists and representatives in the regions cope successfully with this difficult, but very interesting and useful work.

We wish them good luck with that!