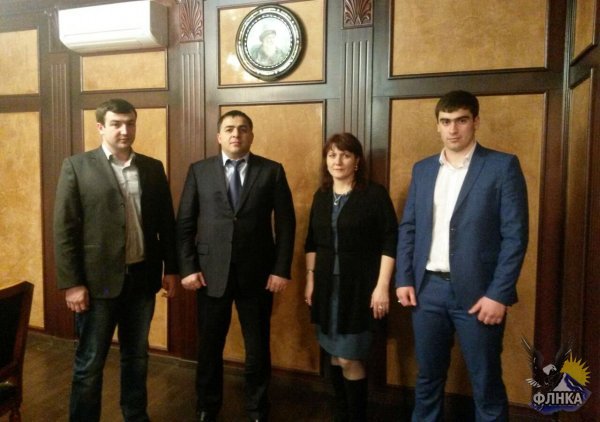 Meeting with Farid Akhmedov, the head of Magaramkhur district

In February FLNCA did extensive organizational work in Southern Dagestan. FLNCA representatives went to municipal districts, and had a dialogue with the management of the municipalities.

One of the main issues discussed at the meeting was the preparation of FLNCA’s new educational project "The Future of the Youth" for the local students. The project will assist the admission of the best school graduates in the leading universities of the country.

Previously, youth activists of Dagestan have repeatedly raised the problem of lack of prospects for young people of the country. Young proactive, smart, capable children in the existing realities have no conditions to improve their capacities. 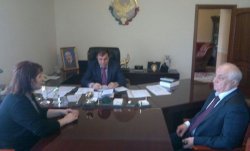 Many promising young people leave the republic; migrate to other regions of the country and abroad, in search of suitable conditions for the realization of its potential to become successful professionals, or to succeed in business. In light of this problem FLNCA keenly felt the need to create mechanisms that encourage young people to self-development.

FLNCA has decided to organize a project that would help young people, wishing to become highly qualified professionals in their fields of expertise, to enter the country's leading universities.

Thus, during the meetings with the heads of districts, FLNCA representatives Abidat Eyubova and Magomed Aliyev discussed the details of project. According to them, two requests for budget places for applicants from among graduates of their schools are received from each district.  A specialty in demand, in which there is a shortage of specialists, is pointed out in each of the applications.

For example, the most required specialties were such as architectural design, construction, landscaping, IT-engineering, food technology, state and municipal administration, land registry. 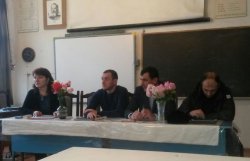 After meetings with the heads of district administrations FLNCA representatives met with alumni from the district’s schools. The main part of the meeting was a discussion of the topic: "The role of education in human life and the need to choose a specialty." Also during the meeting, they were asked to undergo questioning. This was necessary to study the preferences of local students.

In addition to discussing organizational aspects of the project FLNCA discussed the procedure of rewarding the best students of the schools districts of Southern Dagestan.

Thus, according to this initiative, each municipal district must select the best student who will be awarded for excellent study and success in school and social life of his district. 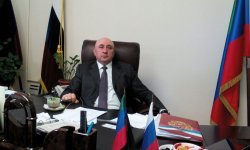 According to the results of the meetings Abidat Eyubova and Magomed Aliyev were pleased to note that they had met the full understanding and cooperation from the districts' management. It was very nice to meet a positive attitude from the heads of municipal districts of Southern Dagestan and their willingness to contribute to FLNCA initiatives and projects.