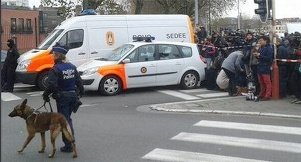 Marat Yunusov, a native of Dagestan, whose possible involvement in the terror acts in Brussels has been earlier reported by the media, states he is not familiar with people who express radical thoughts.

The "Caucasian Knot" has reported that after a series of terror acts in Brussels, a source from the law enforcement bodies of Belarus reported that three citizens of Belarus, including Marat Yunusov, a native of Dagestan, were detained on suspicion of involvement in the terror acts.

Today, an official from the KGB of the Republic of Belarus has reported that the agency has no claims against Marat Yunusov.

"We have no information that he is included in any wanted list," the RIA "Novosti" quotes the official of the Belarusian KGB as reporting.

The day before, Marat Yunusov himself has stated that he hopes for an explanation from the Belarusian and Russian secret services about any suspicions against him.

Marat Yunusov has noted that he had learned about being checked for involvement in the terror acts from his son, who had sent to his mobile phone a link to the publications in the media.

According to Marat Yunusov, he immediately appealed to the police station in Belgium, since he believed his name could have been used for wrong purposes, and he showed his passport and a residence permit for Belgium.

"They checked everything. It took two or three hours, I do not remember exactly. It turned out that they did not receive any information. I've said that I'm open for any investigation," noted Marat Yunusov.