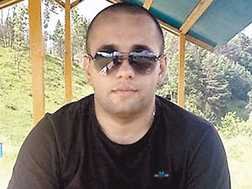 The acting governor of the Moscow region, Andrei Vorobyov, has sent an "In Gratitude" medal to the family of a resident of Makhachkala, Marat Rakhmetov, who tragically died while rescuing two schoolgirls drowning in a river near the town of Zvenigorod in the Moscow region.

Vorobyov "conveyed his deep gratitude to the family of Marat Rakhmetov for the proper upbringing of their son" and "expressed his condolences," RIA Novosti reports.

As previously reported, past Monday in Zvenigorod a rare for our day case of heroism and self-sacrificeoccured – a resident of Makhachkala Marat Rakhmetov rescued two girls, drowning in the Moscow River, at the cost of his own life.