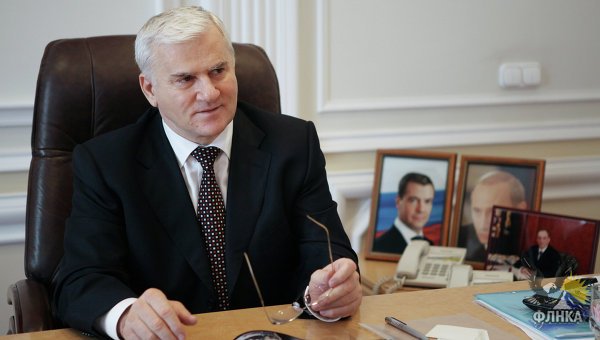 MOSCOW, June 14 (RIA Novosti) – The mayor of the capital of Russia’s Dagestan region, who was charged with murder earlier this month, has been hospitalized after an apparent suicide attempt while in pre-trial custody, a Federal Penal Service spokeswoman said on Friday.

“It is true that [Said] Amirov has made a suicide attempt. His condition is satisfactory now. He is in hospital under the care of doctors,” spokeswoman Kristina Belousova said.

Amirov later on Friday denied the reports that he had tried to commit suicide. “I did not attempt [to commit suicide] and never will,” Amirov, who had served as mayor of Makhachkala since 1998, told journalists at a Moscow court, which that day ruled to suspend him from his post.

An unnamed source in the Federal Penitentiary Service told Izvestia earlier that a prison guard discovered Amirov “covered with blood,” late on Tuesday. “The detainee had quite deep cuts on his right arm, left wrist and both shins,” Izvestia quoted the source as saying on Friday. “Doctors said that though the wounds were indeed life-threatening, it was hard to establish whether Amirov actually planned to take his own life or did it in protest, as inmates sometimes do.”

Amirov’s lawyer, Mark Kruter, could not confirm reports of his client’s attempted suicide, saying he had been unable to get access to Amirov at the Lefortovo pre-trial detention center in Moscow.

Kruter said Amirov, one of the most powerful men in Russia’s North Caucasus, who has survived at least 14 assassination attempts and is confined to a wheelchair, is being held “under general conditions” while in pre-trial custody.

Investigators believe Amirov, 59, mayor of Makhachkala in the Russian North Caucasus, was the mastermind behind the December 2011 killing of investigator Arsen Gadzhibekov in the Dagestan city of Kaspiysk. Amirov was detained on June 1 and taken to Moscow, where a judge ordered him to be placed into pre-trial custody for two months. He denies the charges and has denounced the case against him as politically motivated.

The Russian authorities have arrested 11 people in connection with this case and have said more suspects may be involved, RAPSI reported.