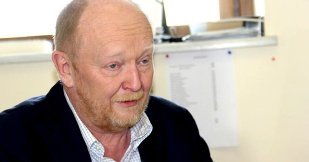 When blowing up the motor convoy in Dagestan, the terrorist organization "Islamic State" (IS) used the experience of "Imarat Kavkaz", said the experts, interviewed by the "Caucasian Knot".

The "Caucasian Knot" has reported that at 8:30 p.m. Moscow time of March 29, two police vehicles with law enforcers sent from Krasnoyarsk for mission were blown up on the section of the federal highway "Kavkaz" in the area of the "Uytash" Airport and the village of Novy Khushet. The responsibility for the bombing was taken by the "Islamic State" (IS), recognized as a terrorist organization and banned in Russia. Dagestani MIA reported that one person was killed and two others were injured as a result of the explosion.

As noted by Alexei Malashenko, a member of the Scientific Council of the Moscow Carnegie Centre, in the near future, we should expect a "resumption of the activities of the armed underground in Northern Caucasus." According to his version, this will happen due to the fact that in the Middle East "the war continues, in which Russia opposes the IS."

He has added that the activation of militants will be also contributed by the low level of life in Dagestan and Northern Caucasus as a whole.

The explosion of the motor convoy shows that after the large-scale counterterrorist operations (CTOs) and combating the armed underground on the eve of the Olympics, Northern Caucasus "had not been completely cleansed from radicals." This was stated by Akhmet Yarlykapov, a senior researcher at the Centre for Ethno-Political Studies of the Institute of Ethnology and Anthropology of the Russian Academy of Sciences (RAS), in his talk to the "Caucasian Knot" correspondent.

He did not rule out that in the near future "IS militants will commit attacks on civilian objects." "IS militants have neither 'brakes', nor obligations," said Yarlykapov.