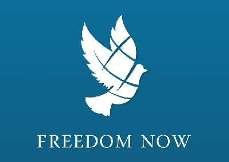 Washington, DC: Freedom Now is delighted to announce today’s release of Intigam Aliyev after nearly two years of imprisonment. A human rights lawyer, Mr. Aliyev was convicted of politically motivated charges in April 2015 and sentenced to seven and one-half years in prison. His release comes more than a week after Azerbaijan freed 15 political prisoners.

"We are relieved that the Supreme Court has commuted this harsh sentence and returned Intigam to his family,” said Freedom Now’s Executive Director Maran Turner. "However, the initial judgment against Intigam was a transparent attempt to end his human rights work. We call on the Government of Azerbaijan to immediately quash the politically motivated criminal conviction. We are also reminded that there are still dozens of political prisoners in Azerbaijan, including journalist Khadija Ismayilova. We call for their immediate and unconditional release.”

The Supreme Court commuted Mr. Aliyev’s seven and one half year sentence to a suspended five year sentence, effectively releasing him on parole. The ruling comes as Mr. Aliyev’s health was rapidly deteriorating. He suffers from several serious health conditions, including spinal problems which inhibit his movement and cause severe pain. The pain has been so severe that on occasion it has caused him to collapse, as it did during a court hearing in October 2014. Mr. Aliyev’s health problems have been greatly exacerbated by poor prison conditions and the denial of proper medical treatment during his detention

Mr. Aliyev is among the most respected human rights lawyers in Azerbaijan and has been instrumental in promoting human rights and rule of law for more than two decades. He is president of the Legal Education Society, an organization founded in 1998 to provide legal assistance to marginalized populations and civil society organizations in Azerbaijan, engage in strategic litigation, and train lawyers. He has represented numerous activists and human rights defenders prosecuted by the Azerbaijan government.

Police in Azerbaijan arrested Mr. Aliyev on August 8, 2014 on politically motivated charges intended to halt his work as a human rights lawyer and advocate. He was placed in pre-trial detention and charged with illegal business activity, tax evasion, abuse of office, forgery, and embezzlement. He was convicted of these charges on April 22, 2015 and sentenced to seven years and six months in prison. The trial was marred by several irregularities, including attempts by the court to bar independent observers from attending the proceedings and the withholding of key pieces of evidence introduced by the prosecution and relied on by the court.

Since 2011, Azerbaijan has detained more than 100 human rights defenders, political opposition leaders, civil society leaders, religious activists, lawyers, and journalists. These cases of political prisoners were monitored by Leyla Yunus and Rasul Jafarov in 2014, shortly before they were arrested. Many of these prisoners have already been convicted and received lengthy prison terms, including journalist Khadija Ismayilova, currently serving a sentence of seven and one half years. Ilgar Mammadov, an opposition politician was sentenced to seven years in 2013, and remains in prison despite a judgment by the European Court of Human Rights deeming his detention arbitrary and politically motivated.

To learn more about Freedom Now’s work in Azerbaijan, and on behalf of these cases, visit our website: http://www.freedom-now.org/campaign/cases-in-azerbaijan/