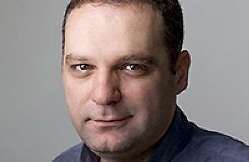 Another day, another arrest of a rights defender in Azerbaijan – a frightening reality. Today, authorities arrested Intigam Aliyev, a man who many refer to as "müəllim”, or "teacher” – an honorific that in Azerbaijan bestows the utmost respect. Few people there deserve this honorific as much as Intigam müəllim, who, as chair of the Legal Education Society, taught, educated, trained, and provided guidance to Azerbaijan’s newest generation of human rights defenders. A lawyer himself, Intigam müəllim litigated human rights cases in domestic courts and was one of the first Azerbaijani lawyers to bring cases to the European Court of Human Rights.

When Azerbaijani authorities detained him on bogus charges of tax evasion, illegal entrepreneurship, and abuse of authority, someone aptly noted on social media that Azerbaijan’s conscience had been arrested. I have worked with Intigam müəllim for many years and always admired his generosity, dedication to human rights, compassion for victims of abuses, and humility. As he was taken into custody today, a journalist asked him what he was accused of. He responded calmly: "Those who defend human rights, and political prisoners and report on election fraud are considered criminals in this country. [So,] I am one of those criminals.” He then implored those who remain free to help other activists imprisoned on politically-motivated charges in Azerbaijan.

Over the last two years, the Azerbaijani authorities have imprisoned dozens of political activists, human rights defenders, journalists, bloggers, and others on various trumped up charges, including hooliganism, drug possession, tax evasion, and even treason.

The past week or so, however, has seen a dramatic escalation of the government’s longstanding record of repression. On July 30, the authorities arrested Leyla Yunus, another leading human rights defender, and her husband, historian Arif Yunus, on multiple charges, including treason. Earlier this week, they arrested Rasul Jafarov, another outspoken critic of politically motivated prosecutions in Azerbaijan, on charges identical to those brought against Intigam Aliyev. All of these towering human rights figures were part of a group compiling a comprehensive list of victims of politically-motivated arrests in Azerbaijan, and calling for their release.
The bitter irony of this deterioration of human rights in Azerbaijan is that it coincides with the country’s rotating chairmanship of the Committee of Ministers of the Council of Europe. The credibility of Europe’s top human rights body is on the line. Its leadership and member states, as well as the United States and the European Union, should speak out urgently and in the strongest possible terms. Azerbaijan’s international partners must impress upon the government that it can’t be business as usual unless it immediately releases all those imprisoned on politically motivated charges and ends the ongoing crackdown against human rights groups.
Giorgi Gogia