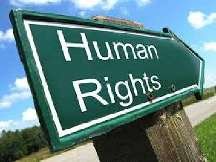 The authorities of Azerbaijan are leading an unprecedented crackdown against civil society by arresting, one after the other, key critics of the country’s leadership. Bank accounts of more than a dozen NGOs are blocked and their offices are being searched. The international community should urgently use all measures to protect targeted and imprisoned human rights defenders. Azerbaijan is currently chairman of the Council of Europe and has an even greater obligation to live up to international standards, stop the persecution and repression, and release all imprisoned human rights defenders.
Saturday, 09 August 2014, by Human Rights House Foundation (HRHF)

Over the last two weeks, the Azerbaijani government moved to arrest well-known and critical leaders of the civil society in the country:human rights defender Leyla Yunus, her husband Arif Yunus, the coordinator of the campaign "Sing for Democracy”, human rights defender Rasul Jafarov, and human rights lawyer Intigam Aliyev. All were arrested on similar charges (tax evasion, illegal entrepreneurship and abuse of authority inter alia, in addition to treason charges against Leyla Yunus).

The four human rights defenders have in common their work on political prisoners in Azerbaijan and raising awareness of the issue in the international arena. Intigam Aliyev is one of the few lawyers in the country who provides legal counsel in political cases. Rasul Jafarov and Leyla Yunus tirelessly work on consolidating a list of over 100 people detained on politically motivated charges, and whilst in prison issued a new list on 8 August.

In a joint letter to President Ilham Aliyev on 5 August 2014, 64 NGOs from 13 Human Rights Houses expressed their particular concern about Leyla Yunus’ health whilst in detention. She suffers from diabetes and needs appropriate medication, as well as arrangements to eat at certain times, necessary to control the illness. The NGOs worry that the conditions in detention will have a detrimental effect on her health condition, as it appears that she is to date not provided with adequate health care.

Many more NGOs are facing investigations and have their bank accounts frozen. NGO leaders are put on undisclosed lists banning them from travelling abroad, and can face a court hearing at any time.

On 14 July the regional civil society leader Hasan Huseynli was sentenced to 6-years imprisonment. On 8 August 2014, police raided the offices of the Institute for Reporters’ Freedom and Safety (IRFS), a leading media rights NGO in the country. The leader of the group, Emin Huseynov, is well known and an internationally recognised human rights defender. A court decision was issued against Emin Huseynov on 8 August compelling him to present himself to the prosecutor’s office. Hence, he can be arrested at any time and needs urgent protection.

"We know that the charges against those brave human rights defenders are politically motivated. The authorities want to silence those holding the country to its international obligations and commitments, especially within the Council of Europe” said Maria Dahle, Executive Director of the Human Rights House Foundation (HRHF).

Azerbaijan has assumed the rotating chairmanship of the Committee of Ministers of the Council of Europe as of May 2014. In June 2014, when Azerbaijani President Ilham Aliyev addressed the Council’s Parliamentary Assembly, Emin Huseynov, Rasul Jafarov and Intigam Aliyev together organised a side-event in Strasbourg, critical of the Azerbaijani human rights record. "The authorities want to show a polished record to the international community and are therefore silencing critics. This wave of repression is related to Azerbaijan’s chairmanship of the Council of Europe and authorities calling for reprisals against critical voices” said Maria Dahle.

This wave of repression comes after the sentencing on 26 May of Anar Mammadli and Bashir Suleymanli to respectively 5 years and 6 months and 3 years and 6 months imprisonment. Those two human rights defenders are the leaders of the only independent group monitoring elections in Azerbaijan. At the same time, 8 activists of NIDA, a non-governmental youth movement, were convicted on charges of hooliganism, possessing drugs and explosives as well as intent to cause public disorder. On Friday, 4 July, another NIDA activist, Ömar Mammadov was sentenced to 5 years imprisonment on charges of drug possession with the aim of selling it.

We call upon the international community to urgently react to the rapidly deteriorating situation in Azerbaijan, as the last resort to protect human rights defenders and request the release of those arrested. "Lack of action by the international community could mean that the crackdown against the country’s independent human rights community can continue the next few weeks. The Council of Europe and its parliamentary body cannot accept this reprisal silently” added Maria Dahle.