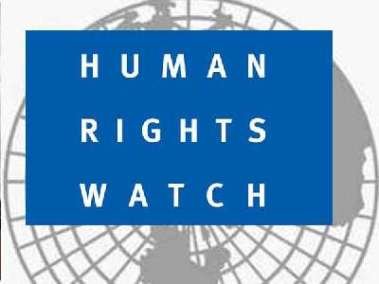 The international human rights organization Human Rights Watch has published an annual report on the situation of human rights in the world. The 656th page report reflected and analyzed the human rights situation in 90 countries. The part about Azerbaijan noted that in 2014 the country intensified repression against critics of the government, and bad situation with human rights has worsened.

Repression and harassment continued even during the presidency of the country in the Committee of Ministers of the Council of Europe. To drown out the voices of critics, the authorities used against them false charges of illegal possession of drugs, weapons, and even high treason. Very difficult is a situation with the freedom of the media, and currently 10 journalists, bloggers and social media users are in jail.

In 2014, legislation was increased even more by limiting the activities of NGOs and civil society in general. In particular, administrative and criminal penalties for even minor violations was introduced. Thus, the conditions have been created for the actual closing of 50 NGOs. Despite the criticism of the European institutions of Azerbaijan for human rights violations, specific sanctions against Baku were not accepted.