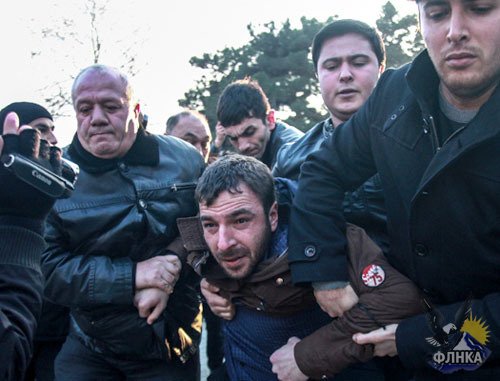 In the 2013 annual report on the human rights situation in the world, the US Department of State has criticized the Azerbaijani government for restricting the fundamental human rights and freedoms. Oppositionists and civil society activists have welcomed the report, while the official Baku has rejected the criticism.

Over the past period, the country saw restrictions of the freedom of expression and the freedom of assembly. There were cases of intimidation, physical pressure and arrests of journalists, human rights defenders and democracy activists, the report asserts.

The presidential election on October 9, 2013, failed to meet a number of basic OSCE standards.

It is also indicated that the authorities restricted the activities of NGOs by hampering financing thereof. The number of unfair court decisions and unjustified and politically motivated arrests was on the rise.

Djamil Gasanli, the Chairman of the National Council of Democratic Forces (NCDF) of Azerbaijan, has praised the outcomes of the report. In his opinion, the authorities should take lessons from international criticism and respect the will and opinions of the people.

Emin Guseinov, the Director of the Institute of Reporters' Freedom and Safety (IRFS), has also agreed with the conclusions of the US State Department.

In his turn, Novruz Mamedov, the Deputy Head of the Presidential Administration of Azerbaijan and the Head of the External Relations Division, has stated that the report is biased and does not reflect the reality.