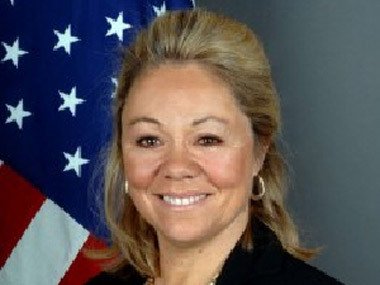 Eileen Chamberlain Donahoe, U.S. Ambassador to the Human Rights Council commented on Universal Periodic Review of UPR and expressed her concern about the human rights situation in Azerbaijan, the Voice of America reports.

The author reminds that Azerbaijan was one of fourteen countries examined during the session held in Geneva, on April 30.

“We are concerned by the continued incarceration of some journalists and democracy activists. These raise concerns about the authorities’ use of the judicial system to limit the rights of individuals to express themselves freely,” the ambassador said.

She also voiced concern over “undue restrictions on freedom of peaceful assembly” in Azerbaijan and over “recently enacted legal government restrictions on funding for civil society and continuing difficulties for NGO’s seeking to register,” as well as reports of harassment of human rights lawyers.

According to the article in its latest annual human rights report on Azerbaijan, the U.S. Department of State noted similar problems, including “restrictions on freedom of expression, including intimidation, arrest and use of force against journalists and human rights and democracy activists.”

Among other violations of freedom of expression, including imprisonment of journalists, the State Department report cited the case of investigative journalist Khadija Ismayilova who works at Radio Free Europe/Radio Liberty. Thus Ms. Ismayilova, who has exposed official corruption in Azerbaijan, was the victim of attempted blackmail. Although the Azerbaijani Presidential Administration criticized the invasion of her privacy, an official investigation has not led to any arrests.

Ambassador Donahoe called on the Azerbaijani authorities to release individuals incarcerated for publicly expressing their opinions and ensure due process for other detainees, permit peaceful protest to be held in Baku city center, and work with domestic and international organizations, to amend legislation in order to promote a flourishing civil society.

U.S. State Department strongly criticized Azerbaijan in the report for violation of human rights, including freedom of speech and the press. According to international human rights organization "Committee to Protect Journalists” (CPJ), there are at least 6 imprisoned journalists in Azerbaijan, thus this republic is now among the top ten countries in the world by the number of press workers’ arrests.