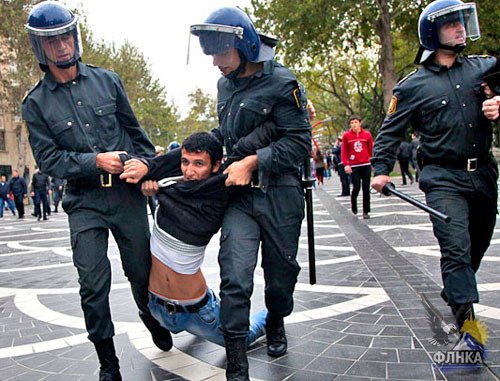 In Azerbaijan, space for the activities of the civil society is narrowed, freedom of assembly, expression and association is severely restricted, and pressure on political activists and journalists is increased. This was stated by participants of the international conference "Universal Periodic Review: Situation in Azerbaijan and Further Steps" held on July 17 at the Baku.

The conference was organized by local NGOs the Institute for Reporters' Freedom and Safety (IRFS), the Legal Education Society (LES), the Human Rights Club (HRC), the association "Women for Sustainable Development" together with the Norwegian Foundation "House of Human Rights" and the US National Endowment for Democracy (NED).

"In Azerbaijan, the human rights situation is complicated. If earlier, the civil society and the international community had hopes that the government of Azerbaijan will carry out reforms, the events of recent years have dispelled that illusion," said Intigam Aliev, the leader of the LES.

Maina Kiai, UN Special Rapporteur on freedom of assembly and association, believes that "on the eve of the election, ensuring freedom of assembly is more important than usually". Maina Kiai called on the Azerbaijani authorities to register the local branch of the Norwegian Foundation "House of Human Rights", immediately and without any preconditions, and to respect the right to form associations.