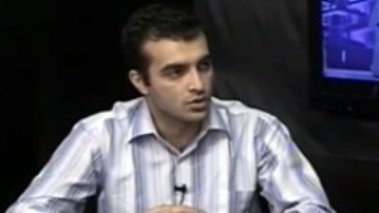 Another prominent rights defender has been arrested in Azerbaijan.

Rasul Jafarov was detained during the morning of August 2 on suspicion of tax evasion, illegal entrepreneurship, and abuse of authority.

Baku's Nasimi Court ordered Jafarov held for three months while the investigation into charges against him is conducted.

Jafarov had already been subjected to a foreign travel ban.

The Organization for Security and Cooperation in Europe's Parliamentary Assembly's Committee on Democracy, Human Right,s and Humanitarian Questions complained on August 1 about the charges against Leyla and Arif Yunus and restrictions on Jafarov's ability to travel outside Azerbaijan.

The Commission said, "With this latest round of attacks on the country's [Azerbaijan's] civil society, Azerbaijan is making a mockery of its stated aspirations to become a modern, democratic state."