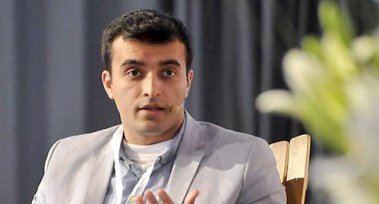 The international human rights organization Amnesty International (AI) has recognized Rasul Jafarov, arrested in Azerbaijan on charges of committing economic crimes, as a "prisoner of conscience". The AI has called to release Jafarov; and this demand was also supported by the Human Rights Watch (HRW).

The AI's statement released today expresses a conviction that the criminal charges against Jafarov have to do with his human rights activities and his intention to exercise his rights to the freedoms of expression and assembly.

The statement also draws attention to the fact that Jafarov was taken into custody following the arrest on July 30 of the well-known human rights activist Leyla Yunus, who saw similar charges.

The AI has reminded that earlier, on May 26, 2014, similar charges were used for sentencing Anar Mamedli, the head of the Centre for Election Monitoring and Democracy Training (CEMDT), and Bashir Suleimanly, the executive s of the CEMDT, respectively, to 5.5 and 3.5 years in prison.

According to the AI, apart from Jafarov, Azerbaijan still has 20 "prisoners of conscience", including Leyla Yunus, arrested on July 2.