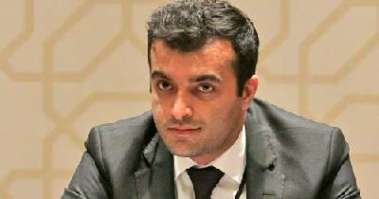 The well-known human rights activist, organizer of the campaign Art for Democracy Rasul Jafarov has been sentenced to six and a half years in prison. This decision was made by Judge Eldar Ismailov in the Baku Court of Grave Crimes on April 16. After his release Jafarov will be prohibited from holding any office or for three years.

Jafarov was arrested on 2 August 2014. He was charged under articles 192 (illegal business), 213 (tax evasion) and 308 (abuse of power) of the Criminal Code. Amnesty International considers him a "prisoner of conscience".

After the announcement of the verdict Jafarov said he believes it was fabricated and politically motivated. The court itself did not prove any guilt of the human rights activist. All the prosecution witnesses have testified in favor of the human rights defender and the trial actually proved his complete innocence.

In numerous statements and appeals international organizations including the Council of Europe, the European Union and others urged the Azerbaijani authorities to release Jafarov and other human rights activists who were arrested on trumped up charges.

Jafarov himself after his arrest said that he was being persecuted for his constant focus on the problem of political prisoners, for holding a protest during the PACE session in Strasbourg, where Ilham Aliyev was participating, and for calling for a boycott of the European Games.