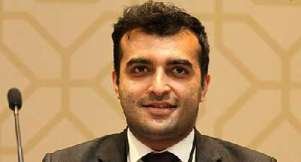 At the beginning of the meeting the victim Nijat Imranov petitioned for removal of that status from him and declared that he had no claims to Jafarov.

This petition was supported by the other two victims, Anar Jabiyev and Ahmed Heybatov.

The lawyer Alibaba Rzayev said that no one could be recognized as a victim against his will.

The meeting was also attended by another victim Jahangir Ahmedov.

The lawyer Fariz Namazly again applied to replace the arrest by house arrest, citing the need to organize the defense as the prison management limits the preparation for trial.

Namazly added that if the court does not change the measure of restraint, at least it should let Jafarov sit next to the lawyers.

The lawyer also requested microphones in the hall. Jafarov also supported all the applications.

The state prosecutor Mubariz Mirili opposed all the applications. The court rejected all but one petition - Jafarov was allowed to sit next to the lawyers.

The lawyer Namazly again applied to remove from the victims that status because they had not suffered any damage. But the judge did not grant this petition.

Further, the prosecutor read the indictment, which described the use of grants as "illegal business and appropriation."

The investigation alleges Jafarov’s misappropriation of 150,636 manat and tax evasion of 6,257 manat.

Jafarov said that the charges are not clear and asked them to explain the accusation of abuse of office and forgery. The judge dismissed the application.

Next Jafarov said he did not plead guilty. The defense petitioned that the testimony should first be made by the witnesses and victims, and then by the accused, but the court did not grant this petition.

The next hearing is scheduled for Feb. 10.

* The head of the Club for Human Rights, coordinator of the campaign Art for Democracy Rasul Jafarov was arrested on August 2, 2014

He denies all the charges, considering them to be politically motivated. Amnesty International recognized him a prisoner of conscience.