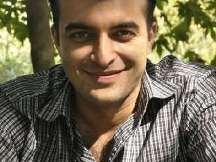 The trial in the case of the human rights activist Rasul Jafarov continued today in the Baku Serious Crimes Court chaired by Eldar Ismailov. The meeting ended with the testimony of witnesses, and started checking documents. The trial will continue on April 9 at 10:30. At the meeting were made public witness Rashad Shirinov, now located in the Netherlands. In his letter to the court Shirinov claims  that he  received from Rasul Jafarov for translation services in two projects 250 and 300 manats. He also submitted to the court a check for the amount received. Then lawyers Fariz Namazly and Alibaba Rzayev made numerous petitions asking the court to call as witnesses Ilkin Rustamzade, Atlas Huseynov, and Yusif  Ilkin.

According to the defendant Rasul Jafarov, the above-mentioned persons  made films and did other works, they were given the full amount of the grant, that is Rasul Jafarov did not use the money grant himself.

However, the prosecutor Mubariz Mirili opposed, and the courtdid not consider them. In turn, the lawyer submitted to the court a letter from 20 donor organizations, which states that all grant funds were spent as intended, the court also represented five compact discs with supporting documents.

The defense presented the court also the conclusion  of an independent institution in Poland, which conducted examination, confirming the validity of the signature of Anar Jabiyeva (Nagylbaz) and Nijat Imranly.Thus, this institution has denied approval of the court on forged signatures of these persons.

The prosecutor said that it is impossible to doubt the conclusion of state expertize, what caused  laughter in the audience.

Lawyer Fariz Namazly applied for summons  of an expert Zahra Abdullayeva, and asked the court to contact the embassy of Norway to provide financial records on grants. However, the prosecutor opposed.

The lawyer Fariz Namazli asked the court to replace  Jafarov’s arrest to house arrest, citing the completion of the testimony of witnesses and the lack of opportunity to influence the course of the trial.

Rasul Jafarov confirmed that he has no intention of hiding or avoiding court. "I was abroad when my bank accounts were closed, however, I came back and tried to leave the country illegally. There were seven  trials - and the prosecutor, and the  judges understand what kind of person I am, so I think that a preventive measure against me must be changed," he said.

However, the prosecutor and the court did not agree with the defendant, and rejected the request.

The lawyer Alibaba Rzayev petitioned the court to invite those who are under investigation. "Let them  tell the court on what basis  they brought charges of illegal business and embezzlement. In this case there is no theft and misappropriation. The fact that the grant has not been registered in the Ministry of Justice does not mean illegal business," said the lawyer.

Coordinator of "The Art for Democracy" Rasul Jafarov was arrested on 2 August 2014 on charges of illegal business activities, abuse of office, and later he was charged with forgery (313) and assignment (179.3.2). Amnesty International recognized Rasul Jafarov a prisoner of conscience.