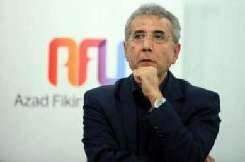 On 30 June, US law students sent a letter to Elin Suleymanov, Azerbaijan’s Ambassador to the United States, that condemns the wrongful imprisonment of renowned Azerbaijani lawyerIntigam Aliyev. The students call on the Azerbaijan government to release Mr. Aliyev and allow him to continue his human rights work, which included submitting cases to the European Court of Human Rights and training junior lawyers. The letter, led by members of the Law Students for Human Rights at New York University School of Law and joined by more than 50 students from a number of US law schools, notes: "As a student organization that seeks to promote and protect human rights – especially the right of lawyers and human rights defenders to operate freely and without government interference – we are deeply troubled by the targeting of such individuals in Azerbaijan.” The full text of the letter is copied below. Members of the Law Students for Human Rights previously published a blog post for the American Bar Association on arbitrary detention in Azerbaijan.

We write to you regarding the recent conviction of Intigam Aliyev, a widely respected Azerbaijani human rights lawyer and activist currently serving a seven and one-half year sentence.

Before his arrest on August 8, 2014, Mr. Aliyev served as the head of the Legal Education Society, a non-governmental organization of more than 60 lawyers, advocates, professors, and human rights defenders that works to promote rule of law in Azerbaijan and provides legal representation to individuals and organizations. During his time with Legal Education Society, Mr. Aliyev was active in bringing human rights violations to the attention of the European Court of Human Rights and participating in that institution’s critical follow-up procedures. His cases have involved freedom of expression and association, democratic rights, the prohibition of torture, and due process rights. Mr. Aliyev has also worked with international organizations to highlight Azerbaijan’s strict registration and funding regulations for civil society organizations.

On August 8, 2014, police arrested Intigam Aliyev and charged him under the Azerbaijani Criminal Code with embezzlement (Article 179), forgery (Article 313), tax evasion (Article 213), illegal entrepreneurship (Article 192), and abuse of authority (Article 308.2). His arrest, pretrial detention, and now conviction have received widespread criticism from reputable human rights organizations, including Human Rights Watch and Amnesty International, which quickly identified Mr. Aliyev as a prisoner of conscience. Unfortunately, Mr. Aliyev is not the only prominent human rights defender to face such charges in relation to human rights advocacy. On July 30, 2014, authorities arrested Ms. Leyla Yunus, the founding director of the Peace and Democracy Institute in Baku, and on August 5, 2014, police arrested her husband, Arif Yunus. Another human rights defender, Rasul Jafarov, was arrested on August 2, 2014. Additionally, reports indicate that other human rights defenders have been banned from traveling and a number of legal and human rights organizations have had their assets frozen.

As a student organization that seeks to promote and protect human rights – especially the right of lawyers and human rights defenders to operate freely and without government interference – we are deeply troubled by the targeting of such individuals in Azerbaijan. Therefore, we echo the United States’ Department of State and urge you to facilitate the release and fair treatment of these individuals and allow them to return to their important work.

Freedom Now welcomes a letter sent by US law students: "We are very pleased that these law students have chosen to raise the case of Intigam Aliyev,” said Freedom Now’s director Maran Turner. "These students represent the best of the legal profession’s future and I am certain that Mr. Aliyev will be heartened by their concern and support.”