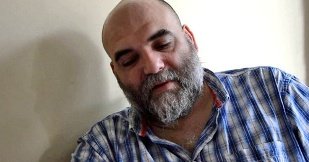 The fact that Aslan Byutukaev has sworn to the leader of the "Islamic State" (IS) on behalf of Chechen militants shows the growing influence in the territory of Northern Caucasus of the "Islamic State", which is recognized a terrorist organization. This opinion has been expressed by experts interviewed by the "Caucasian Knot". According to them, Aslan Byutukaev is one of the most respected militants, who may lead "a majority of members of the armed underground." Aslan Byutukaev is one of the leaders of the "Imarat Kavkaz", which was recognized a terrorist organization. Orkhan Djemal, a "Forbes" correspondent, believes the audio record of the Aslan Byutukaev's swear is not a fake. The "Forbes" correspondent drew his attention to the fact that Aslan Byutukaev made his statement on behalf of the Chechen militants only. According to the expert, this fact may reveal the disagreement between the Chechen and Ingush militant leaders. At present, according to Akhmet Yarlykapov, the Senior Researcher of the Centre for Ethno-Political Studies of the Institute of Ethnology and Anthropology of the Russian Academy of Sciences (RAS), some militants are confused and cannot decide whether to swear to the "Islamic State" or to remain members of the "Imarat Kavkaz". Alexei Malashenko, a member of the Scientific Council of the Moscow Carnegie Centre, pays his attention to the fact that members of the armed underground have disseminated the audio and not video record of the swear of Aslan Byutukaev. The expert does not rule out that the militants are in a state of the "information war". Various sources, including the Russian FSB, have confirmed that militants from Russia are fighting for the "Islamic State", says the document prepared by the "Caucasian Knot": "Caucasians in the ranks of IS (ISIL)".