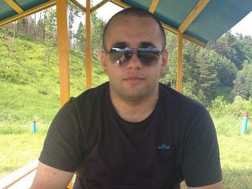 Last Monday news came that in Zvenigorod near Moscow, a rare case of heroism and self-sacrifice took place. A resident of Makhachkala, Marat Rakhmetov, rescued two girls, drowning in the Moscow River, at the cost of his own life.

According to RIA Dagestan, Marat together with his cousin Rasim went to the river to swim. Next to them seven teenagers were in the water. At some point the two girls were dragged into the depths of the water by the current and began calling for help. The brothers rushed to save the girls, Marat swam to them first and pushed them to the shallows, but he could not get out of the current himself and went to the bottom. It was impossible to save him, or even to find his body.

The body of the hero will be sent to Dagestan, where it will be buried in the village of Hapil, in the Tabasaransk district. The Permanent Mission is currently preparing documents for issuing Marat Rakhmetov a posthumous award medal "For saving the drowning".