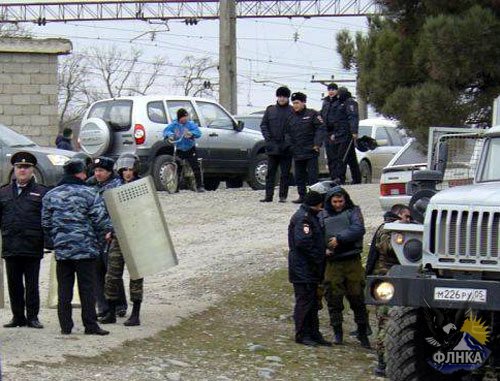 The village of Samur, Magaramkent District of Dagestan, hosted an unauthorized protest against the construction of a water intake station on the Samur River. After a scuffle with the police, 19 protesters were taken to the local police station. Other participants refused to disperse until the police released the detainees.
Local residents began protesting this morning. The aim of the action is to protect the Samur forest, which, according to locals, is under threat of extinction due to irrational use of water resources.

Locals report that well before the start of the protest, law enforcers were already present in the place of the planned action.

"When people began gathering in the centre of the village, policemen asked them to disperse. People refused; and then a scuffle burst out," Fatimat Alieva, one of the protesters, told the "Caucasian Knot" correspondent.

"They also forbade filming the event and beat the guy who tried to do it. The policemen also beat two more guys," she said.