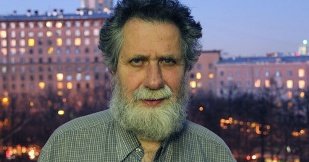 In Russia, law enforcers are working hard to prevent terror acts, and militants in Northern Caucasus do not have sufficient resources to commit terror acts like a series of Paris terror acts. This opinion was expressed by Mikhail Roschin, Akhmet Yarlykapov, and Yana Amelina.

The "Caucasian Knot" has reported that on November 13,Paris suffered from a series of terror acts. The French authorities placed responsibility for the incident on the "Islamic State" (IS, earlier, ISIL), recognized in Russia and a number of other countries as a terrorist organization.

According to Mikhail Roschin, Senior Researcher of the Centre for Central Asia, Caucasus, Ural and Volga Regions of the Institute of Oriental Studies of the Russian Academy of Sciences (RAS), in the foreseeable future, no terror acts, similar to those committed in Paris, will threaten Russia, if the country takes proper precautions.

Due to the efficiency and professionalism of the Russian secret services, terrorists can hardly commit in the territory of Russia any terror acts similar to the Parisian series. This opinion was expressed by Akhmet Yarlykapov, Senior Researcher of the Department of Caucasian Studies of the Institute of Ethnology and Anthropology of the Russian Academy of Sciences (RAS).

Akhmet Yarlykapov treats the north-eastern part of the Caucasus and, "primarily, Dagestan" as vulnerable. The expert has also noted that regional cities will unlikely be attacked, since in that case a terror act can go unnoticed.

Yana Amelina, the secretary-coordinator of the Caucasus Geopolitical Club, agrees with Akhmet Yarlykapov. Meanwhile, she has emphasized that the tragedy in France is a repetition of the tragedy, which once happened in Russia.