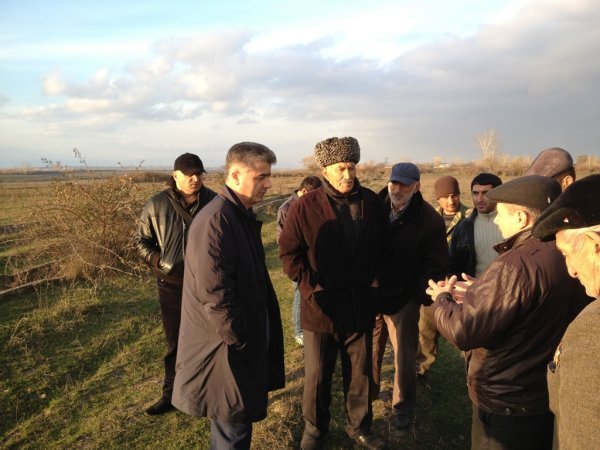 On 1st December, 2013, Mamed Abasov,  Deputy of the State Duma of the RF,  had a visiting session to meet with deported Khrah-Uba villagers and discuss the allocation of lands for a new village that will  accommodate the deported people. A 86-ha piece of land is located in between the New Aul and the Sovetskoye village close to the But-Kazmalyar village of the Magaramkent District.
Holding the meeting right in the place of the future village for the deported, the deputy told the Kharah-Uba villagers that the funds for the construction of the village had already been included into the 2014 state budget, and in early March next year the project, geodetic and cadastral works will be started. "At the same time a tender for construction works will be announced. The project is advantaged to have a channel with drinking water close to its site, as well as gas and high voltage power lines required for the early start of the works required for the soonest implementation of the project aimed at the compact resettlement of the Kharah-Uba and Uryan-Uba residents,”-  Mamed Abasov said at the meeting.
He also familiarized the meeting participants with the documents issued with regards to the resettlement of the deported villagers and told them about the implementation of President Putin’s Ruling that stipulated an allocation of the budget and resources for the compact settlement of the deported villagers of Khrah-Uba and Uryan-Uba.  "Resolution of this complicated political and economic problem vital for the villagers required a lot of time, efforts and patience as well as a long-lasting constructive dialogue with all  interested parties,” – the deputy said. 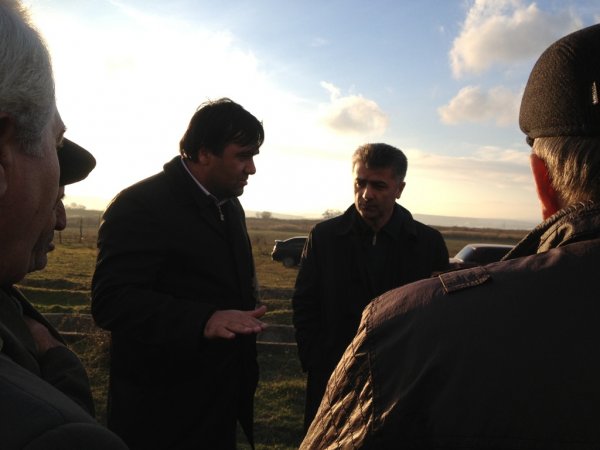 On behalf of the villagers the chairman of the "Public Council of Khrah-Uba” Mr Bahtiyar Mamedov described the difficulties that the former Khrah-Uba villagers face remaining without any support from the republican and federal authorities. " The people deported from Khrah-Uba had to survive on their own but now when we see your efforts to address our problem and the attention and respect you show to the villagers we stopped mass disturbances and protest rallies and started to solve our problems by negotiations,” – the chairman said.
FLNCA Representative in Daghestan Mr Ruslan Gireev who participated in the visiting session voiced the FLNCA position on the issue and emphasized FLNCA’s role in solving this vital Khrah-Uba problem. According to him the lack of information generates misunderstanding, mistrust and fears to be left without shelter among the people. Nobody except Mamed Abasov  talked to the villagers to clarify the situation.
"Those representatives of the district administration, the  profile republican ministries who are officially responsible for addressing the Khrah-Uba problem keep silent and this fact only aggravates the situation. Why they have never invited the people who are concerned of their future and have never talked to them, nor provided them with information on the process of the problem consideration at the republican and the federal level.  Then the majority of the disputes regarding Khrah-Uba villagers resettlement could be removed from the agenda,”- said the FLNCA Representative. 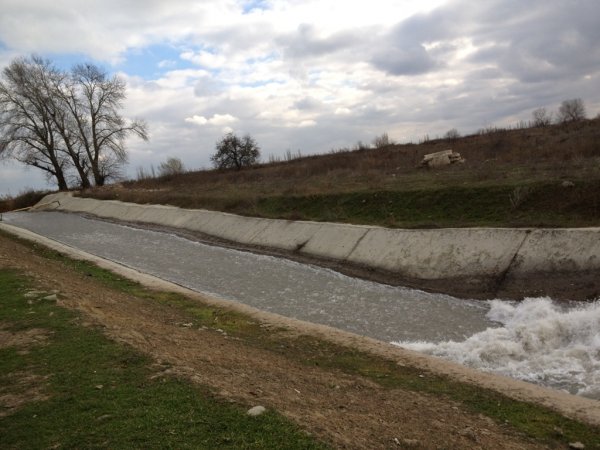 The meeting participants have toured the territory of the allocated land and considered all the advantages and disadvantages of the site. The deputy particularly concentrated the villagers’ attention on the President Putin’s Ruling of 13 August 2013 that obliges Mr Hloponin, President’s Representative in the Southern Federal District, Mr Slyunyaev, Minister of the Regional Development of the RF, and Mr Siluanov, Minister of Finance of the RF, to address the issue of resettlement of the Khar-Uba and Uryan-Uba villagers from the territory of Azerbaijan to the Territory of the Republic of Daghestan. This decision made by the President is obligatory for implementation.
During the meeting the Deputy Mamed Abasov was asked  a lot of questions . The villagers wanted to know if they could anyhow help to resolve the Khrah-Uba and Uryan-Uba problem. 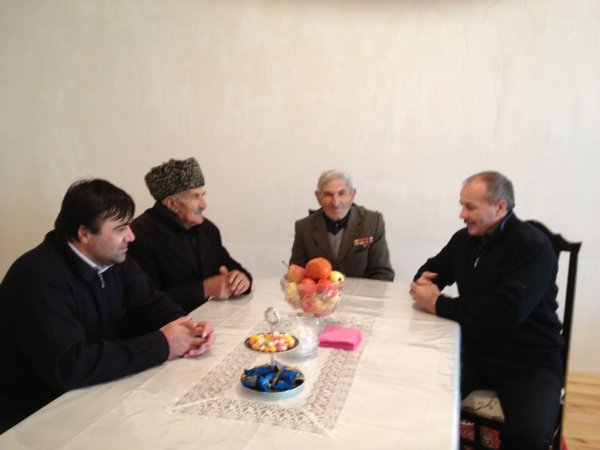 Having received comprehensive information about the situation and responses to their questions, the villagers expressed gratitude to the Deputy for the support and the meeting and requested him to take under his personal control all the issues relating to their resettlement to the new village.
At the end of the visiting session Ruslan Gireev, FLNCA Representative in Daghestan, and Allahverdi Mamedov, Cairman of the "Public Council of Khrah-Uba,” met with aksacals,  elders of the village – Mr Kuban-Ali Shefiraliev and Mr Mursa-Hadghi Adyguzelov, Imam of the Khrah-Uba village.  Drinking tea together  in a friendly atmosphere the veterans told about their activities aimed at positive upbringing and education of the young generation of Khrah-Uba and the events, including meetings with veterans and celebration of national holidays, organized by the Council.