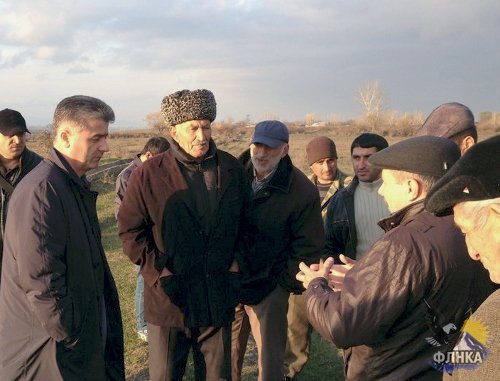 Residents of the village of Khrakh-Uba are dissatisfied that they are not informed about the enforcement of the order of Russian President about compact resettlement of their village to the Magaramkent District of Dagestan.

After the collapse of the Soviet Union, Khrakh-Uba and its adjacent village of Uryan-Uba, which were a part of Dagestan before 1991, became Russia's enclaves in the territory of Azerbaijan.

Russia allocates 987 million roubles for the compact resettlement of the two villages, as Ruslan Gereev, the Director of the Centre for Islamic Studies of Northern Caucasus, who has been studying the villagers' problems for several years, told the "Caucasian Knot" correspondent.

"I don't know whether the money has reached the republic or not. The problem is that the villagers are not informed. During the New Year holidays, they learnt, quite accidentally from some third party, that the website of the "Rostender" posted an advertisement about a tender for the construction of the village. It was quite unexpectedly for the villagers and caused a lot of questions," said Gereev.

"Who's won the tender? What's the company? Does it have the equipment and personnel as necessary for high-quality construction? All these questions are quite important for the villagers," Bakhtiyar Mamedov, the chairman of the regional public organization "Public Council of Khrakh-Uba", told the "Caucasian Knot" correspondent.