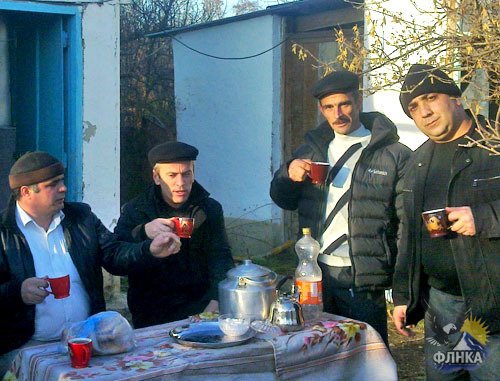 In Makhachkala, residents of the village of Khrakh-Uba held an assembly, where they discussed the land plot allotted in the Magaramkent District for exclave residents. The land belonging to the Novoaul village council is unfit for building houses due to floods that happen in the area, the villagers have stated.

Bakhtiyar Mamedov, the chairman of the regional organization "Public Council of Khrakh-Uba", told the "Caucasian Knot" correspondent that the land had been allocated a year ago, but nobody knew its exact location.

According to his story, Khrakh-Uba villagers are ready to protest; however, the assembly has decided first to ask the head of the Magaramkent District to allot the land suitable for building a new village.

The Federal Lezgin National Cultural Autonomy (FLNCA) is preparing a Russian translation of the UN report on the problems of national minorities in Azerbaijan, and, in particular, on the situation in Khrakh-Uba Amil Sarkarov, a board member of the FLNCA, told the "Caucasian Knot" correspondent.

The report was drafted based on the results of a search mission of the UN and the European Parliament that worked in Dagestan and Azerbaijan in late August of 2013. The report was presented in Brussels on September 16.

Mr Sarkarov has added that the report also deals with the situation of other Dagestani nations – Avars, Rutuls, Tsakhurs, who live in Azerbaijan.