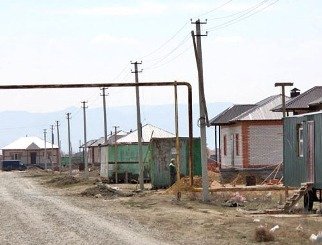 The participants of the roundtable in Makhachkala, organized by Lak villagers to discuss the issues of resettlement from the Novolak District of Dagestan, decided to organize a rally in the near future. The parties also came to the conclusion about the need to negotiate with Kumyk nationals to resolve the conflict in Karaman.

In August 2013, Karaman was the venue of mass disorders on the basis of the land issue with the participation, according to the local Ministry of Internal Affairs (MIA), of about 700 people. The excitements calmed down after the republic's authorities promised to create a special commission on the land distribution issue.

As noted by the lawyer Ilyas Mammaev, the moderator of the above roundtable, the Novolak District is forced to move to the locality, unfavourable for living. The problem of the resettlers, as he said, is in the shortage of farmland and tillage.

The deadline for resettlement was fixed as 2013, but so far the programme has not been completed, added Mammaev.

Muslim Gasan-Guseinov, a local community leader, has added that the new area faces the problems of unemployment and absence of infrastructure.

In his talk with the "Caucasian Knot" correspondent, Gadji Aidiev, the head of the Novolak District of Dagestan, treated the accusations of unfair distribution of land as untrue. According to his version, all the resettlers receive land plots according to earlier compiled lists.