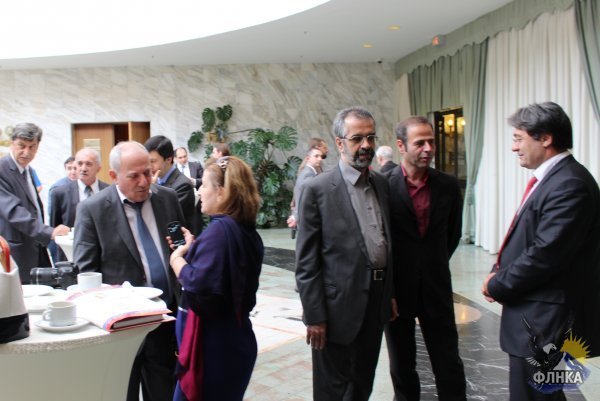 Yesterday an International conference "Derbent: 2000 Years of History" was held in "President Hotel" in Moscow. The conference was dedicated to the upcoming anniversary of the city of Derbent. The event, initiated and organized by the Federal Lezghi National and Cultural Autonomy, as well as the Institute of Oriental Studies of the Russian Academy of Sciences and the Ministry of Culture of the Republic of Dagestan, was held under the auspices of UNESCO.

Among the participants there were members of parliament at the federal level, representatives of foreign embassies, NGOs, scholars, historians, professors, academicians, prominent public figures.

The speakers presented interesting archeological and documentary evidence, revealing interesting facts from the long history of the city. At the same time at the conference the risks, associated with attempts to politicize the situation in the city, the falsification of its ancient history and use to their advantage the rich historical and cultural heritage of the city were mentioned. The grand opening of the conference took place with the opening words of Arif Kerimov, the FLNCA president. In his speech, the head of FLNCA thanked everybody for their participation in the conference, noted the importance of the topic and wished them fruitful work. Then Kerimov gave the floor to Ilyas Umakhanov, the Deputy Chairman of the Federation Council. In his speech, the senator stressed the importance and greatness of Derbent as one of the oldest centers of urban civilization on the territory of modern Russia. But he also said that after the return of the Crimea to Russia, the status of the oldest cities in the country challenges the Kerch founded in VII. BC.

The next welcome speeches were said by Izumrud Mugutdinova, the Permanent Representative of the Republic of Dagestan at the President of the Russian Federation, Alexander Dzasokhov, Vice-President of the Commission of the Russian Federation for UNESCO, Seyid Hosein Tabatabaei, the Cultural Attache of the Embassy of Iran in Russia, Gokhan Turan, the Minister Counsellor of Ambassador Extraordinary and Plenipotentiary of the Republic of Turkey in Russia, Eldar Bayramov, the First Secretary of the Extraordinary and Plenipotentiary Ambassador of the Republic of Azerbaijan in Russia, Mamed Abasov, the  deputy of the State Duma, Murad Gadjiyev, the Deputy Minister of Culture of the Republic of Dagestan, Savi Khanukaev, the deputy head of the administration of city district "Derbent". In their speeches they stressed the urgency of the topic, said that the potential of the city, not only as a unique ancient monuments of culture, but of a powerful civilization center is not disclosed so far, and it is necessary to continue to carry out systematic work on the study of the deep layers of the history of Derbent.

The next episode of the conference was the presentation of a new book Albania Caucasica (part I), dedicated to the 2000th anniversary of the city of Derbent and the 80th anniversary of Professor Zaza Aleksidze, the discoverer of the Albanian palimpsests.  The book was presented to the venerable public by Alikber Alikberov, the head of the Center for Central Asian, Caucasian and Volga-Urals Institute of Oriental Studies of the Russian Academy of Sciences, Ph.D.in History, one of the authors of the unique academic work. The book was published with the financial support of FLNCA.

The whole session was divided into several panels, the first of which was dedicated to ancient and early medieval history of Derbent. The first topic was "Recent studies of Derbent settlement of the first half - the middle of I millennium AD." It was disclosed by Murtazali Gadjiyev, the famous scholar, historian and archaeologist, the head of the Department of Archaeology, Institute of History, Archeology and Ethnography of Dagestan Scientific Center of the Russian Academy of Sciences.

The results of the conference were summarized by the authors of Albania Caucasica - historians Alikber Alikberov and Murtazali Gadjiyev. They noted that the events of this magnitude, as the conference "Derbent-2000: Crossroads of Civilizations" are very rare, and thanked the organizers, primarily the FLNCA, for the opportunity to show in this anniversary year, the beauty and grandeur of history of Derbent and whole of the Southern Dagestan.

The conference was held at a high level, it collected many admiring reviews and opened a new chapter not only in the study of the history of Derbent, but all the peoples of Dagestan and Azerbaijan, as well as the region's largest states - Russia, Iran, Turkey, - because this unique city is a real crossroads civilizations and cultures, a symbol of strength and greatness of the human spirit in all its incarnations. 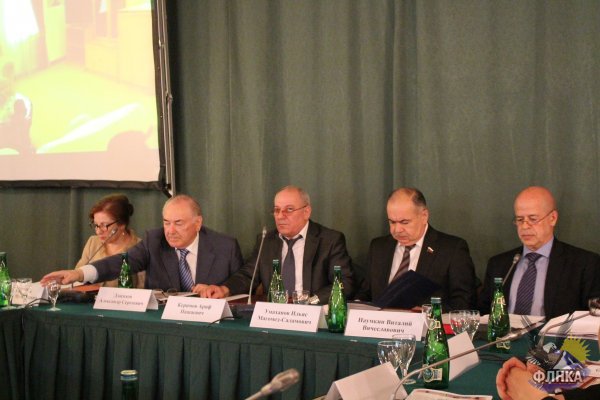 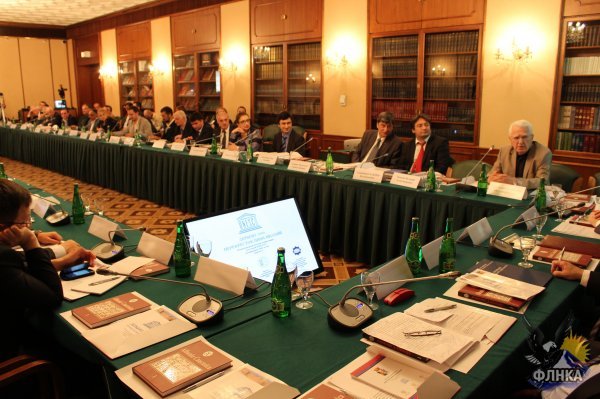