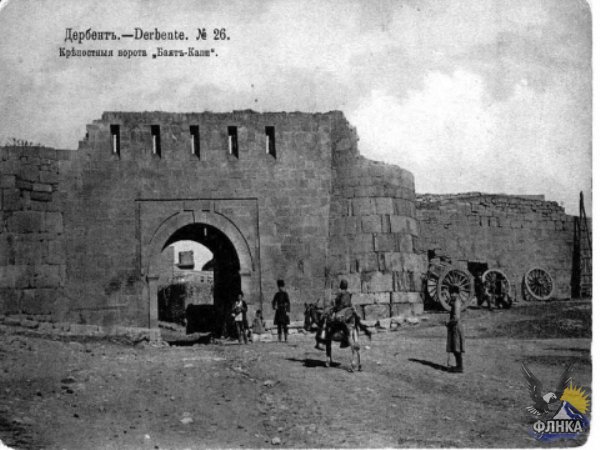 In 2015 Russia will mark the 2000th anniversary of the city of Derbent. In late March Premier Medvedev signed an order on establishing an organizational committee on celebrating the anniversary. The committee is headed by the presidential plenipotentiary envoy in the North Caucasus Federal District Alexander Khloponin; his deputy is temporary acting head of Dagestan Ramzan Abdulatipov.

“Derbent is thought to be the most ancient city of Russia. Derbent is the most ancient Christian city of Russia, Derbent is the most ancient Muslim city of Russia; Islam came to Russia through Derbent. Derbent was the last south point attended by Peter I 300 years ago when he accepted Derbent into Russia,” the deputy envoy of Dagestan under President of RF, Vali-Magomed Magatayev, says. “Derbent has a big historic, cultural value. It possesses a unique monument – the citadel of Naryn-Kala which is preserved by UNESCO. The city is unique not only by its architecture, but also by its city life culture, communication between people when representatives of various confessions and nations live together for many centuries, protecting the communication culture and good relations. These relations must be spread in other cities of Dagestan.”

“When I came to Derbent for the first time, it impressed me so much,” Vsevolod Bogdanov, the chairman of the Union of Journalists of Russia remembers. “You look at its historic past, and it seems you are taken in 2-4 centuries ago. The idea of celebrating the 2000th anniversary will return to us the feelings, emotions, relations which used to be in the Caucasus. I remember the times, 30-50 years ago, when the best poetry, the best art, outstanding hospitality were connected with Dagestan. We were proud to tell everybody how many different peoples and nations live like a common nation in the small territory. We provided Dagestan as an example of spiritual kinship. I had friends among Dagestani poets. Any meeting was an event. We were glad to meet in Moscow and the Caucasus and talk about the most precious and valuable – art which unites, a desire to express what you think and feel. Nobody could imagine what would happen years later and how the sacred relations between people would be insulted. Of course it was not caused by an accident or because of common people who live there today. So, we should use this anniversary. We can organize the remarkable festival which could be a festival of the culture of peace and trust between all of us.”

“Vladimir Putin was in Derbent, watched monuments and gave the highest appraisal to safety and historic importance of the monuments,” Imam Yaraliyev, the mayor of the city, states. “After his visit and his order to our Ministry of Culture and the preserve museum, a certain sum of money was allocated for conduction corresponding restoration work. The task was fulfilled, but Derbent will experience a wide-scale archeological research and a wide-scale restoration of historic monuments. Their safety has always surprised and impressed tourists, our guests, our friends. Ahead of marking the 2000th anniversary we plan to reconstruct historic monuments of our ancient city. It includes restoration of the Christian cathedral, the Khan’s baths, the Khan’s palace, fragments of the wall Dag-bary which used to be called the Great Caucasian Wall, reconstruction of the historic center Derbent, the panorama of “Peter’s Bosket”, and reconstruction of a cottage of Peter I in Derbent.”

“There is a virtual tour in Derbent’s site, which is available for anyone. The program enables anyone to learn about monuments which are situated along the wall and inside Derbent,” the deputy minister of culture of Dagestan Magomedrasul Magomedrasulov. “A series of projects was developed, through which we want to present the most valuable, beautiful, and greatest monuments to our guests. Together with the Ministry of Culture of Russia we have developed joint projects in this direction. And we want hope that all bureaucratic obstacles would be settled. And I hope in the situation with Derbent the issues will be solved quickly.”