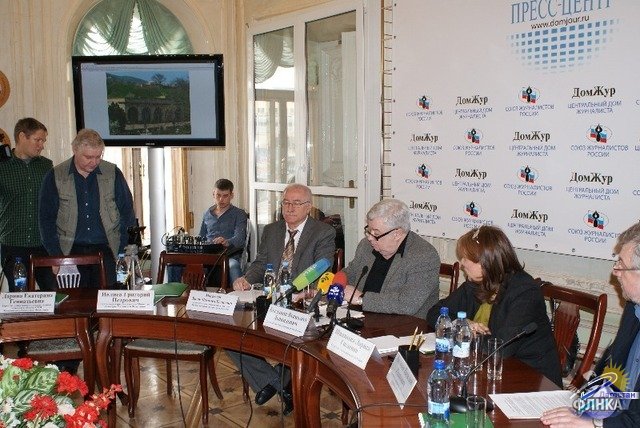 Makhachkala, April 8, 2013. On April 5, the Central Journalist House in Moscow hosted a "round table" dedicated to the 2,000th anniversary of Derbent. The "round table" was organized by Dagestan Permanent Mission at the Russian President, the Russian Journalists’ Union, and the Russian Congress of ethnic journalists.

The round table represented a "Moscow-Derbent" teleconference.

There the parties discussed issues on the value of Derbent’s Naryn-Kala citadel and the Juma mosque as monuments of history, ethnography, culture, archeology and architecture of world significance listed in UNESCO’s cultural heritage register. They also disputed on preservation and renovation of historical monuments, Derbent’s sanitary condition, informational support of preparations for the 2,000th anniversary of the city, and providing infrastructure necessary for large-scale celebrations in 2015.