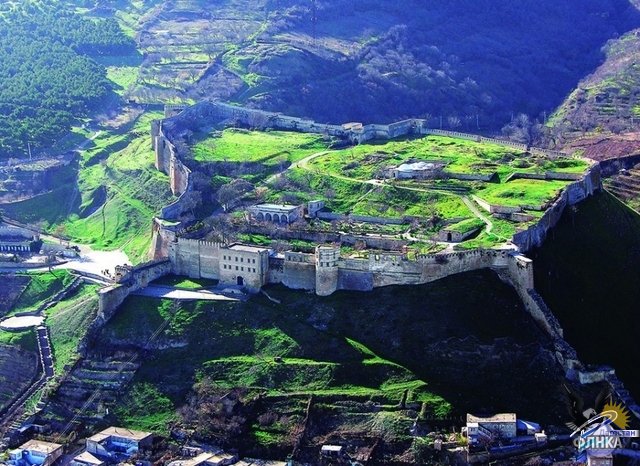 Makhachkala, July 2, 2013. The Naryn-Kala fortress was included in the top 10 of the "Russia 10" multimedia contest project placing 4th. Currently, out of the total number of voters – more than 17.5 million people – 5,729 have voted for the Naryn-Kala citadel.

10 main attractions of Russian federal districts have been defined based on the results of the first round of voting, which ended June 30. The second round will be running until September 1. Following the voting at 10russia.ru, 30 finalists will be determined regardless of their location to qualify for the project’s final.

The purpose of the project is to maintain a sustained interest to Russia as an object of national and international tourism, tell a story about its unique geographical, architectural and historical sites, and form a new wave of "geo-patriotism" in the regions. One of the most important project’s functions is to promote the image of Russia as a unique country with a rich cultural and natural heritage. Popularization of the greatest monuments of architecture and nature will highlight the diversity and originality of Russia. The project’s goal is to select ten new visual symbols of Russia by a popular vote.

Sure, the Derbent’s fortress deserves a place in this list. Derbent is a cradle of civilization. Naryn-Kala is one of the greatest attractions in Russia. Now, in its territory one can see the remains of an ancient Christian church, an underground prison, a system of baths, the most ancient Russia’s Juma mosque which served as the main mosque of Daghestan many centuries ago, and the mausoleum of Derbent Khans. But the main thing, of course, is the fortress itself. The citadel is located on a steep hill, so its four courtyards are located on different levels with the help of artificial terraces with a system of retaining walls.

RIA Novosti’s "Russia for Everyone" project presented in Makhachkala