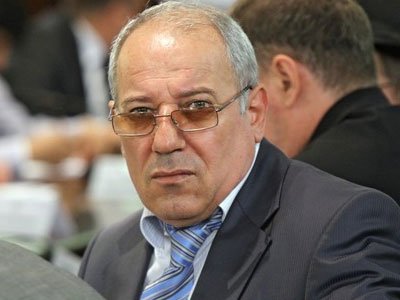 We were painfully impressed by the celebration of the 2000-year anniversary in Derbent – the most ancient and very beautiful city of the Russian Federation.
I visited the celebration of Derbent that we all have been waiting for so long with a hope to plunge into its ancient history and to feel that we and our ancestors have ownership of its uniqueness.
But in fact the celebration turned out to be an entertainment arranged exclusively for the top officials of Dagestan and state mass media. The holiday was stolen from the citizens of Derbent and was more like a self-presentation for the elites of the Caucasian republics and Moscow.
I do not exaggerate when I say that the holiday was stolen from the citizens of Derbent by the Makhachkala bureaucrats . The citizens of this unique city who have been languishing for so long without proper attention from Makhachkala and Moscow thought that on the day of their city celebration they would have a chance  to feel a part of the great country that is so attentive to its most remote places.
But what actually happened was that the citizens of Derbent were not allowed to visit any of the key performances that were closed for them and were accessible only to those who were entered into the formerly compiled list of the city’s quests. During this very hot day the city residents minded on the celebration could not even buy a bottle of water to say nothing of eating anywhere outside. All the cafes and shops located in the downtown were closed while providing citizens with snacks and water was not stipulated by the logistics management.
Moreover, some of the city districts by the day of the celebration remained in ruins because the Dagestani authorities completely failed to prepare the city for the holiday. Nevertheless they pretended that everything was OK and they many times repeated that they were looking forward to seeing President Putin at the celebration.
Eventually the President did not come and it was a very wise decision, I believe, as he knew what was going on.
Representative of the President in the Southern Federal District Sergei Melikov gave very accurate assessment of the situation in the city saying that Derbent was not ready for the celebration despite  many efforts contributed to its preparation.
In fact, with the exception of several streets in the downtown,the rest of the city could not be shown to any guests even from rural areas of Russia who wanted to familiarize themselves with the city’s ancient history. And definitely it could not be shown to the President of the Russian Federation.
The Dagetsani authorities cynically excluded from the programme of the celebration (to a possible extend) any mentioning of the peoples of the Southern Dagestan – Lezghins, Tabasarans, Aguls, Tsakhurs, Rutuls, Jews and Azeris.
The official information on the history was very schematic: the city was founded by the Persian Empire and was from time to time conquered by a number of countries but eventually was captured by the Russian Empire.
As if there have never been centuries during which the unique local culture has been developing.  As if no efforts of thousands and thousands of local people have been made to create the most beautiful architecture of the city and no academicians that made fame of the Derbent city worldwide have ever lived on this land.
It was not mentioned that the city was founded by the indigenous peoples of the Southern Dagestan -ancestors of the modern Lezghin peoples.
This biased version of the history of Derbent created by the Dagestani authorities was broadcast by a number of Russian mass media. In fact the officials of Dagestan managed to do with the Derbent history what its conquerors failed to do for centuries – to delete any traces of the southern Dagestani ethnicities’ participation in the destiny of the city.
However, on the Day of the celebration all stages and platforms of the holiday were filled with the samples of culture of the people of the Upland Dagestan who have only indirect relation to the history and development of the ancient city first of all because its history is very closely connected with the history of Caucasian Albania and Lezghin peoples.
Such disrespect of the ethnic culture and history of the local people is absolutely inadmissible in the multi-ethnic Dagestan. It is the same as to arrange a celebration of a jubilee in Buynaksk and Kizilyurt under the sign of the Tsakhur culture.
The way the Dagetsani authorities arranged the celebration of the ancient city of Derbent is insulting to the historical memory of our ancestors who preserved for us this unique historical heritage.
This disrespect of historical memory of a number of Degestani peoples can damage the inter-ethnic peace in the most multi-ethnic region of the Russian Federation as well as stability and security on the southernmost border of our country.