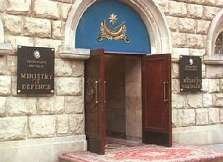 Such messages do not have any foundation and are disinformation, the report says. "Without a doubt, this kind of messages repeated by the criminal regime in power in Armenia, which faces political and military collapse, in the first place serve to justify setbacks at the front and casualties in the public opinion in Armenia, and at the same time to hide crimes against the civilian border villages of Azerbaijan," the message underlines further.

The Ministry of Defense said that along the state border with Armenia, Azerbaijan's armed forces are capable of destroying any military objective in the enemy territory and to set complete control over towns and communication lines deep beyond the frontline.

Yesterday the Azerbaijani Defense Ministry reported that as a result of the Armenian side opening fire on September 23, a resident of the village Kemerli in the Gazakh district of Azerbaijan at the border with Armenia, Esmira Dursunova was wounded. She was taken to the district hospital in a state of moderate severity. The Defense Ministry connected the firing at Azerbaijani villages with the traditional purposeful actions of the Armenian side in the period to involve the Azerbaijani Armed Forces in a provocation.