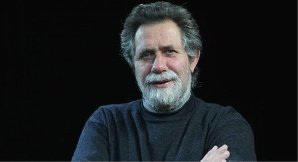 Experts are sceptical about the possibility of the return of the militants from Northern Caucasus fighting in Syria to their homeland after their oath to the new leader of the "Imarat Kavkaz".

In late May, the "Caucasian Knot" reported with reference to its sources that Mukhammad Suleimanov (Abu Usman of Gimry), a Sharia judge of militants and the leader of the armed underground in Dagestan, became the new leader of the "Imarat Kavkaz". On July 5, the informationwas confirmed by one of the websites supporting militants of Northern Caucasus. On July 8, the Internet posted a video record showing that militants from Northern Caucasus fighting in Syria and led by Salakhuddin Shishani had sworn to the new leader of the "Imarat Kavkaz".

The militants, who gave the oath to the leader of the "Imarat Kavkaz", can make an attempt to return to Russia; however, their mass return is impossible. This opinion has been expressed by Yana Amelina, the secretary-coordinator of the Caucasus Geopolitical Club, who points out in this regard to the activities of the Russian law enforcement agencies.

"We can confidently say that the border checkpoints will detain militants," Yana Amelina told the "Caucasian Knot" correspondent.

According to Professor Mikhail Roschin, the Senior Researcher of the Centre for Central Asia, Caucasus, Ural and Volga Regions of the Institute of Oriental Studies of the Russian Academy of Sciences (RAS), in the short term, no return of the militants to the Caucasus should be expected.

The expert believes that the main message of the militants' report on their oath is in the fact that they do not want to close the "project 'Imarat Kavkaz'".

"Recently, we often say that the organization has become obsolete. However, in fact, we see that it is not correct. It is too early to forget about it, and the militants point out to this fact," Mikhail Roschin has noted.