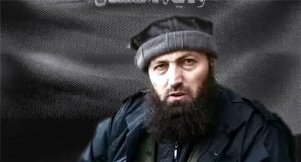 Magomed Suleimanov, also well-known as Abu Usman of Gimry, has assumed his duties as the Amir of the "Imarat Kavkaz", and his election will be soon formally announced. This was reported by an informed source with reference to a relative of Magomed Suleimanov. The "Caucasian Knot" has reported that on April 19-20, five persons were killed during the special operation carried out on the outskirts of the Dagestani city of Buynaksk. According to the National Antiterrorist Committee (NAC), the number of the killed militants included Aliaskhab Kebekov, the leader of organization "Imarat Kavkaz" recognized in Russia as terrorist. The militants from Dagestan confirmed the information on their websites. On May 27, Geidar Djemal, the Chairman of the Islamic Committee of Russia, told the "Caucasian Knot" that Magomed Suleimanov, the Sharia judge of the militants, had become the new leader of the "Imarat Kavkaz". "At present, he is the acting Amir of the 'Imarat Kavkaz', and in the coming days, his election will be formally announced," the "Caucasian Knot" was informed by a source, who preferred to remain anonymous and who had contacted a relative of Abu Usman of Gimry by phone. According to the source, the difficulties with the appointment of Amir of the "Imarat Kavkaz" arise because of the fact that at present, the organization has got no shura, an advisory decision-making body. "In fact, the 'Imarat Kavkaz' has no members empowered to make such decisions collectively. There are only individuals, including Magomed Suleimanov. And he is the only member, who got Sharia education. So, there was little choice. A lot of leaders joined the 'Islamic State'," the source has said.