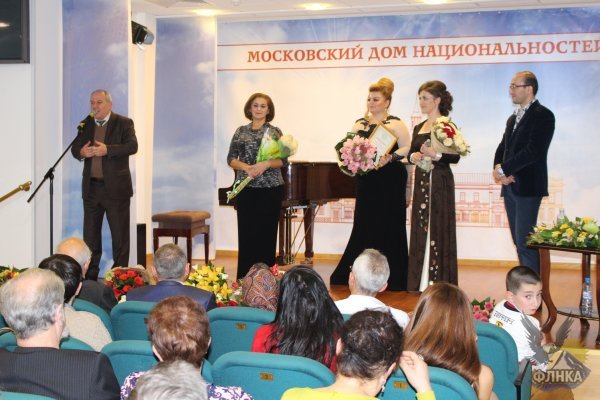 On November 25 in Moscow House of Nationalities there was a long-awaited event in the cultural life of Lezgins in Moscow – a creative evening of Sedaget Kerimova, a famous Lezgi cultural figure, and a performance of "Suvar”, a famous Lezgi singing and dancing group.

Federal Lezgi National and Cultural Autonomy and the Permanent Mission of the Republic of Dagestan in the Russian Federation were the organizers of the event.

Sedaget Kerimova is an editor in chief of the newspaper "Samur", the founder and artistic director of "Suvar”, a Lezgi ensemble of the singing and dancing group. Her talent is truly versatile - she is a well-known writer, a journalist, a poet, a composer and a successful public figure.

The event was attended by Arif Kerimov, the President of the Federal Lezgi National and Cultural Autonomy, Federal National and Cultural Autonomy AzerRos president Mehriban Sadigova, Jennet Shamasova, the head of the cultural and informational programs department of the Permanent Mission of Dagestan at the Russian Federation president, numerous admirers of Sedaget Karimova’s creativity and ensemble "Suvar", representatives of the Dagestani and Azerbaijani communities of Moscow and other Russian cities and representatives of various social organizations, the young people. There were more than 100 guests in a cozy hall of the Moscow House of Nationalities.

FLNCA President Arif Kerimov in his opening speech expressed hope that this event would be the beginning of a large set of measures to strengthen the cultural and spiritual ties with compatriots from Azerbaijan. He said: "At the moment our proposals for a similar set of measures found support among our fellow citizens. We hope that the Azerbaijani side will not stand aside and will promote spiritual and cultural ties between Dagestan and Azerbaijan. This event is one of the first joint projects in this area”.

FNCA AzerRoss President Mehriban Sadigova in her speech thanked FLNCA and its President Arif Kerimov for the fruitful work on joint projects and activities that promote high moral values among the younger generation, to develop and strengthen dialogue between young people of different ethnicities.

Jennet Shamasova read out a greeting letter on behalf of the Head of the Permanent Mission of the Republic of Dagestan at the Russian Federation president and noted the scale of Sedaget Kerimova’s personality and diversity of her talent.

Raysama Fatullaeva, the deputy’s assistant also spoke and welcomed on the behalf of Mamed Abasov, the State Duma deputy and the vice-president of FLNCA.She said that Mamed Magaramovich in his work pays great attention to the interaction of our country with neighboring Azerbaijan and is interested in the life of the Lezgins in Azerbaijan. 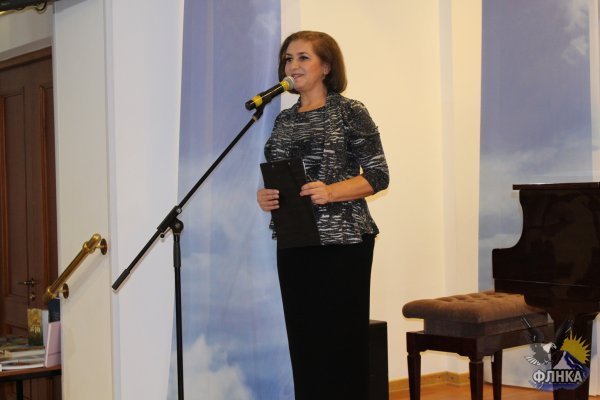 After the official part of the event, the incomparable Sedaget Kerimova appeared on the scene. She welcomed the participants and thanked them for the fact that in spite of the weather and other circumstances they have found an opportunity to come and support her. During the evening Sedaget Kerimova read out a number of her finest poems in the Lezgi, Russian and Azerbaijani languages.

Also during the event Rashad Ibragimov, Javahir Abdulova and Jamila Zalova, the soloists of ensemble "Suvar" sang songs in the Lezgi languages.

Shortly before the end of the event, FLNCA President Arif Kerimov awarded Sedaget Kerimova and separately the staff of ensemble "Suvar" with certificates of honor for their contribution to the development and preservation of Lezgi culture, music and language. 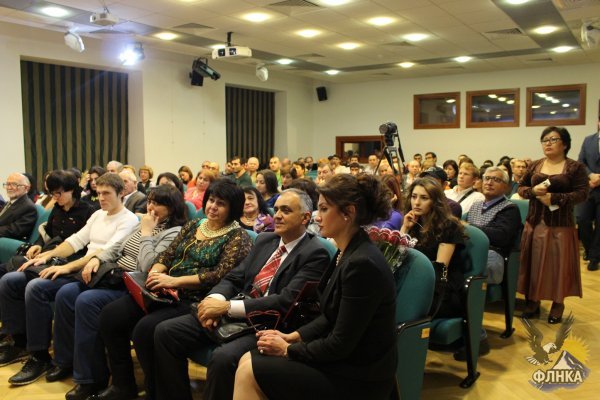 Of course, for the Lezgi community in Moscow it was one of the most important cultural events of the year. Many fans of the multifaceted creativity of Sedaget Kerimova had the first opportunity to see her live and were very excited. At the end of the event there were many people around her who wanted to be photographed with her.