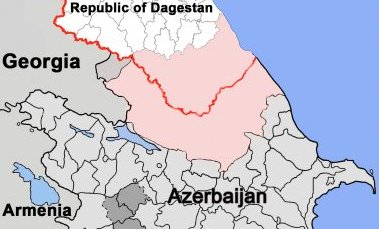 C. DIVIDED PEOPLES: THE LEZGINS OF DAGESTAN AND AZERBAIJAN

After the collapse of the USSR several ethnic groups (Lezgins, Ossetians, Avars, Tsakhurs) were divided across international borders, feeding ethnic discontent in the North Caucasus. Leaders of national groups in Dagestan have collaborated to develop common approaches and represent the interests of divided people more successfully. In June 2011 a special hearing on divided nations of the North Caucasus was held in the Public Chamber of Russia.

Most recently, the Lezgins (386,000) were divided by the September 2011 Russia-Azerbaijan border agreement. They were frustrated the negotiations were without their involvement or apparent consideration of their interests. Two Lezgin villages (Khrakh-uba and Uryan–Uba), once part of Dagestan but 40-50km inside Azerbaijan, were put under Baku’s authority.

Russia offered no compensation for lost property or resettlement help. Residents said that since 2007 Azerbaijan has pressured them to give up Russian citizenship or sell their property and leave. After the border agreement, they were threatened with deportation if they did not take Azerbaijani citizenship, the local school was closed, and activists were blocked from crossing the border to return to their village.

Khrakh-Uba representatives said they want Russia to resettle them as a group near Lezgin areas in south Dagestan. The situation creates discontent in the Lezgin community also because of lack of improvements in border-crossing arrangements and what activists say are Azerbaijan’s systematic attempts to assimilate Lezgins and violate their rights.

Lezgins’ grievances are more readily heard because they have several influential, rich leaders, notably billionaire Sulejman Kerimov, a member of the Russian Federation Council who actively presses their cause.

The Federal Lezgin National-Cultural Autonomy (FLNCA), an organisation created in 1999, lobbies government and organises hearings, academic conferences and international symposia together with Russian ministries, the Duma and regional authorities, and runs a professional website and an academic centre that supports research on Lezgin history and culture. It also backs protests in Moscow and the North Caucasus in support of the Lezgin enclave. In July 2011, its leader, Arif Kerimov, a Lezgin from Azerbaijan, raised Lezgin problems directly with Putin. On 18 June 2012, the FLNCA and the Avar National-Cultural Autonomy held a large Moscow conference, the first major joint event of the two largest divided North Caucasus peoples, while Kerimov was invited to join the Presidential Council on Ethnic Relations. Still, improvement of Lezghin conditions in Azerbaijan is limited.

Azerbaijan's statement is refuted in UN