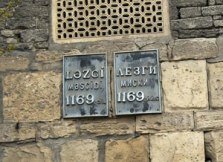 According to the head of Lezgin community the director of Baku's Icherisheher (Old City) Samir Nuriyev advised him that the community should voluntarily leave the building in advance of full renovation.

Forum 18 did not manage to get a response as to why no document on the proposed renovation has been given to the community and whether the community will be able to resume use of the mosque once the renovation is complete.

According to the article, even though Azerbaijan's State Committee for Work with Religious Organizations announced that the government has nothing against Sunnis, it is the mosques of Sunny community in the country that repeatedly get closed.

Mustafa fears that after the renovation, the authorities could turn the mosque into a museum or, if they reopen it as a mosque, they could create a new Shia community there. "Then where would we worship?" asks the community leader.

Forum 18 informs that for several months policemen have been trying to blockade the Friday prayers in the Mosque.

"The possible closure – temporary or permanent – of Baku's Lezgin Mosque comes amid continuing state restrictions on individuals and communities exercising their right to freedom of religion or belief,” reads the announcement of the organization.

Lezgin Mosque, which is one of the oldest mosques in Azerbaijan, was renamed by the authorities, without considering the opinion of the mosque’s community, into "Ashurbekov” mosque early in 2010. This gave way to a number of protests and calls for help on the part of Sunnis of Azerbaijan to their co-religionists in the North Caucasus. However the Azerbaijani mass media while currently mentioning the mosque in the context of operations by security forces, again call it Lezgin Mosque.