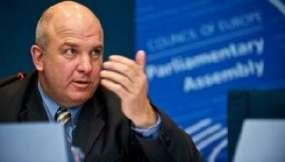 The Commissioner of CoE for Human Rights Nils Muzhnieks second appealed to the European Court of Human Rights, stating that he wished to speak on the case as a third party (for the first time he sent a similar appeal on September 23, 2015).

As the Secretariat of the European Commissioner told Turan IA, the Commissioner, in accordance with his mandate, promotes effective respect for human rights, respect for the Council of Europe conventions, identifies possible shortcomings in law and practice and provides advice and information.

The situation of human rights defenders in Azerbaijan is of great concern. The repression, including the prosecution of critical voices is a widespread phenomenon.

The Commissioner considers that the case of Khadija Ismailova is illustration of the serious and systematic violations of human rights in Azerbaijan.

Azerbaijan is not in compliance with its international obligations in the protection of freedoms. The charges against Khadija Ismailova, the known investigative journalist, are identical to charges against a number of other Azerbaijani human rights defenders.

During his visits to Azerbaijan in the past two years Muzhnieks repeatedly called on the authorities to stop the repression and to remove unfounded charges against human rights defenders, civil society and journalists. However, the repression only strengthens.

In his reports in 2013, 2014 and 2015 the Commissioner repeatedly pointed out these negative processes and the inaction of the authorities, but rather their steps to tighten pressure on the civilian sector on all fronts.

The arrest of Khadija Ismailova in December 2014 became part of the general suppression of dissent and human rights in Azerbaijan, which reached its peak in the summer of 2014, when the repression touched dozens of members of civil society, he said. He believes this is a disturbing illustration of reprisals against those who cooperate with international institutions, including the Council of Europe.

In the joint statement issued on September 1, 2015, together with the OSCE Representative on Freedom of the Media, Dunja Mijatovic, the Commissioner condemned the verdict on Khadija Ismailova of deprivation of liberty for 7.5 years on charges of fraud, abuse, tax evasion and so on.

The court's decision was seen as unjust and an evidence of the intention of Baku to continue to ignore its commitments and the opinion of the international community.

In conclusion, the Commissioner said that in Azerbaijan there is a clear pattern of repression against those who disagree or criticize the government. Such accusations are largely an attempt to silence those who cooperate with international institutions, including the Council of Europe.

The Commissioner would like to emphasize that the repression against his partners in Azerbaijan - civil society activists makes it increasingly difficult to work on the issue of human rights in Azerbaijan. This persecution has to stop immediately and all those arrested because of their views should be released, he said in conclusion.

Recall that the European Court of Human Rights completes the communication with the Azerbaijani government on the complaint from Khadija Ismailova. Apparently, the consideration of the action will take place in the near future.

Ismailova’s rights in the European Court will be protected by the well-known lawyer Amal Clooney.