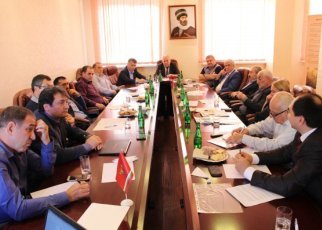 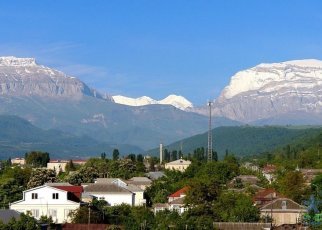 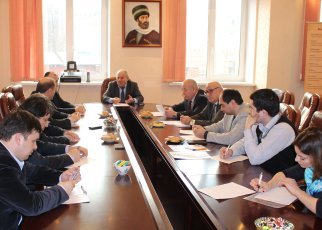 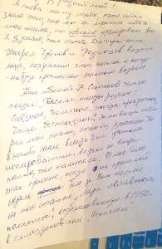 I am writing to you again, although now I know exactly that you cannot read my writing, as you are absolutely isolated. But I think our Dinara - our General Chuikov and Rodimtsev rolled into one, will keep these letters and someday read them to our grandchildren.

Our favorite K. Simonov said clearly: "Letters written are different: tearful, painful, sometimes beautiful, often useless" ... But you have always gathered my letters, articles, manuscripts. In our family you have always been a scientist researcher. And I do not always remember what I wrote last week. And I was pleased last week when Tom de Waal referred to my article, "The measure of liability of a politician", published in 1990 in the samizdat Istiglal

And Svetlana Gannushkina remembered how in 1991 we organized a meeting of representatives of the Azerbaijani and Armenian intellectuals. For me, most significant was the letter of appeal to us from my favorite Bulat Okudzhava!

All this is history. You, as always, are right, - our names will not be erased from history.

We started our struggle even in the Soviet Gulag, and then we could not have imagined that this country of red fascism would collapse in our lifetime. We cooperated with the underground "movement of national minorities," enslaved by the Bolsheviks, and were correspondents of the samizdat newspaper Express-Chronicle. I learned so much from Sasha Podrabinek. Then I was in the initiative center to create the Popular Front, and in the first Board  the APF. You wrote the first studies on the rebirth of Islam in post-Soviet Azerbaijan, and the history of displaced peoples. While you since your young age dreamed of writing a military history of ancient Azerbaijan, Dinara and I dreamed of creating the necessary conditions for your work. In 2012, I created a unique joint Azerbaijani-Armenian site ...

But it is our arrest that has immortalized our names. We are not just arrested as a couple, reviving the "glorious" Stalinist tradition. We have faced a bunch of such incredible charges (Yezhov and Vyshinsky could not really do the same) that it could be enough for life imprisonment ...

While in detention, I clearly understand that their goal is not just destruction, but brutal torture, abuse, physical torture, when death is desired to get rid of terrible suffering. This is our reality, and I have clearly realized that. In other words, our work has received the highest rating in the highest range...

Arif, I'm so lonely without you! We have been together for 36 years, shoulder to shoulder, hoping to celebrate the 40th anniversary, but they are so afraid of us ...

Oh God, how could I, a small, weak and sickly woman, frighten the power so badly? With what?

I know you will say that "the traveler heralded Sparta that we lie here, faithful to the law."

But I still think that Leonid had it easier, simpler ...